Posted on February 15, 2011 by swabby429
Humans are a mixed bag of behavior. Alone or collectively, we are capable of incredibly fine acts of creativity and beauty. We can also cause destruction and ugliness. Like practically everything we do, there is no fine line between the two. 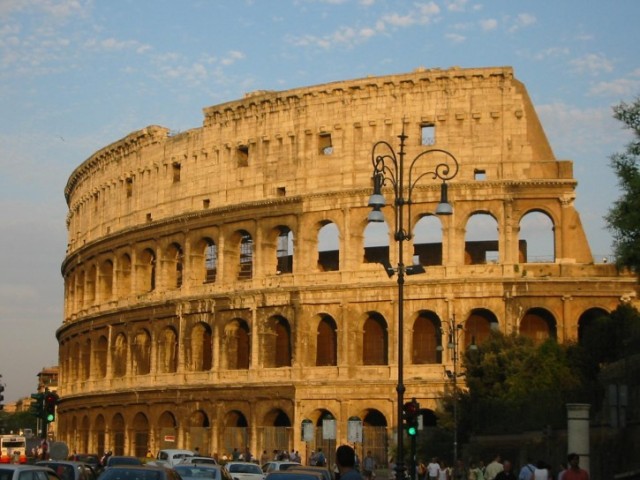 There are things and acts we do that are destructive but might result in beauty and wonder. I think of the Mayan and Incan Pyramids. The Roman Colisseum comes to mind, too. In its day, it was state of the art archetecture. Design aspects are still being discovered about the structure to the amazement of architects, scholars and historians alike. There are many aspects of the Colisseum in Rome that are still used in modern building science today. But all of that beauty and technology for entertainment was used for gruesome displays of barbarity. Fights to the death of man vs. beast and man vs. man. Mock war battles that were probably very artistic and dramatic, but resulted in the intentional deaths of human beings and animals.

I can think of many, many modern things and activities that seemingly belong in a similar category, but on a lesser scale. Death as entertainment has never really gone away. Not necessarily plays, movies and games that we’re familiar with today. They are based on mock death.

There remain some controversial activities that engage the death of living beings as recreation and entertainment as a possible outcome. On a milder scale are daredevil stunts at circuses or events like airplane shows. Car racing contests have this componant on a more subtle scale. Wild animal hunting and fishing for sport also comes to mind.

The instruments of these modern day activities often are pleasing to the eye, if not frequently artistic. Racing cars have sleek, pleasing styling. There are many firearms that are not only collectable, but incorporate intricate artistic design in their manufacture and adornment.

Then, yesterday, I came across an article that brings this whole scenario into one’s own living room. Furniture and accessories that devour living flesh for entertainment and as a power source. A clock that catches flies and moths then uses the creatures as energy. A lamp that does the same thing. There’s a table that baits a mouse through one of its legs and lures it up through a passageway that takes it to a trapdoor to a chamber that contains microbes to digest the mouse to power the table’s electronics.

This concept is rather lurid, but not surprising. Of course this furniture is styled in the most cutting-edge modern styling of the times. I wonder what the future of this sort of furniture will bring. Will your coffee table evolve into something even more sinister? Would you want something like this in your home? In your bedroom?

As for myself, I’ll stick with the conventional furniture and clocks that don’t have an appetite for death. At the very least, make my table one that eats the dust that falls on its surface.

The Blue Jay of Happiness hopes the new furniture will save some food for the birds’ consumption.

An eclectic guy who likes to observe the world around him and comment about those observations.
View all posts by swabby429 →
This entry was posted in Controversy and tagged Controversy. Bookmark the permalink.