Sheen’s bucket seat abruptly adjusts from fully reclined to fully upright. The ratcheting of the car’s seat startles me. My Kool drops to the floormat of my Datsun 310 two door sedan. I reach down to pick up the cigarette. I don’t want a burn hole in my carpet. 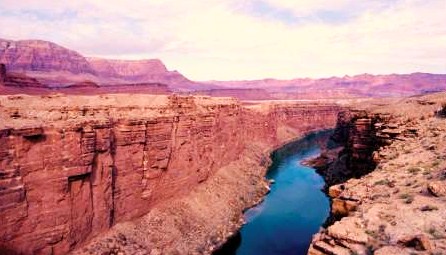 To stay awake, I had been mentally retracing part of the route from Nebraska, through Colorado, into much of New Mexico and western Arizona. My friend Sheen had never been anywhere outside of the Great Plains states of Nebraska, Iowa and Minnesota. I prefer a co -pilot when I travel by car, so Sheen was invited to fill the role.

“G’morning sleepy head. Did you have a good nap?”

“Yep! And we’re getting close to L.A., too. This is the San Bernardino Freeway. We just passed San Bernardino when you woke up. Once we’re into Ontario and Pomona, we’re as good as arrived!”

“If we’re where you say we are, why isn’t there anybody else on the road? Shouldn’t there be a traffic jam or something?”

“I know. This is so freaky! I haven’t seen any traffic at all for at least half an hour. The highway markers and exit signs all look correct.”

“Are you sure you’re on the right road?”

“Positive! I’ve used this freeway a few times. Just never at four o’clock in the morning. I’ll tell you what.”

“If we get to Pomona and still don’t see any cars, I’ll take an off ramp at the next gas station. OK? Meantime, this will be the last stretch of open highway we’ll see for the next coupla days.”

“Sheen, what do you think of our excursion so far, man?”

“To tell the truth, I hated Las Vegas. I thought I’d love it. Now, New Mexico is super hot in more ways than one. The old pueblos are the best. My favorite is Santa Fe. I just love it.”

“Yeah, the vibes are incredible there, aren’t they?”

“Jay, ya know what I like best, so far, hands down is the Grand Canyon!”

“Breath taking stuff, for sure!”

“I can’t wait to see your photos. Especially the ones where I posed by the old tree, and the one at the cliff and the one….”

“Hey, check it out Sheen! We’re not even to Ontario, but look at the huge stream of traffic coming down the on-ramp!” It looks like we’re gonna have an instant traffic jam pretty soon.”

“Why don’t you lay back for awhile and catch a few more winks. We have a ways to go before we get where we’re going.”

“There’s a funky, art deco diner in Glendale. You’ll love the place. And the food is yummy and cheap. Ya getting hungry?”

I glanced at the fuel guage and noticed it was about a quarter way from empty. Not bad, Glendale will be a good place to gas up and chow down. Cars and trucks continued to stream onto the freeway. I settled into one of the middle lanes and fell into a slower flow to the west.

After refueling the Datsun, Sheen and I found the old diner where we savored a country style breakfast and big mugs of strong, black coffee. We settled back into the car and continued through Los Angeles.

“Jay, which beach are we going to see first? I gotta get this in my journal.”

“Uh, once I get off the freeways, we’re taking Highway One a little ways north to Malibu. I was going to go to Santa Monica because it’s on our way to Malibu, but I thought we’d save that for this afternoon when Felix gets off of work. He knows his way around there really well.”

“Was Felix a good roommate for you, Jay?”

“Oh yeah, he was one of the best ever. He surprised me sometimes by helping with my laundry and we liked to cook meals together. He liked to cook even though he did it for a living.”

“Oh, I’m sure of it. He’ll be flirting with you as soon as we enter his apartment.”

“Sure is. And that’s Santa Monica. We’ll go through the neighborhood then head north along the coast. Can you smell the sea yet?”

Within a few minutes, we parked the Datsun at Malibu Beach, grabbed some towels, snacks and the cameras. Perhaps a few hundred people, mostly kids, were hanging out on the sands. The earthy, iodine smell of the Pacific Ocean hit our noses. A seagull curved past Sheen as we tramped towards the waves.

Sheen didn’t speak a word as he took in his first encounter with an ocean. It had been a few years since my last visit to the sea. Both of us just stood in our tracks and merged ourselves into the wonder and splendor of Malibu.

I studied Sheen’s face for a minute. A tear inched down his left cheek. His mouth was open, wanting to speak, but, for the moment, incapable.

The Blue Jay of Happiness is keeping track of his peak moments, too.

An eclectic guy who likes to observe the world around him and comment about those observations.
View all posts by swabby429 →
This entry was posted in Friendship, story time, Travel. Bookmark the permalink.