Freedom Of The Press

In the United States, freedom of the press is enshrined in the First Amendment to the Constitution.  “Congress shall make no law…abridging the freedom of speech, or of the press….”  Most other western nations except for Australia also have a bill of rights that includes press freedom.

Much of the media has given itself a black eye in the view of many people.  The newspapers, radio, TV and satellite journalists frequently twist and present information that is slanted or biased.  Even though the practice of news distortion is unethical and often infuriating, it is a legal, protected activity.  That is as it should be.

As much as I personally dislike and disagree with the news coverage as filtered and homogenized by the mainstream media moguls, they are allowed to be as inaccurate as they wish to be.  The only limits to their speech and writing are those imposed by libel and slander statutes.

The amount of inaccuracy is so great that many news companies and commentators pooh pooh the ideal of journalistic objectivity and neutrality.  Efforts to present news events and newsmakers as accurately as humanly possible are often portrayed as something bad or counter to the public interest. 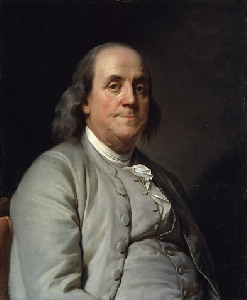 It is the ideal of accurate reporting about governmental, and powerful people and entities that inspired the concept of freedom of the press.  A well-informed population is better suited to engage in the business of governing themselves in a democratic republic.  This is why we need to consume news from various sources, not only those with which we agree.

The best way I know of to be certain of getting news from differing and opposing viewpoints is to legally guarantee press freedom.  Citizens must also be aware of how monopolies of ideas and access to public knowledge and opinion shaping can take place.  In today’s fast paced lifestyles, it’s tempting to just skim over the headlines or receive them through a convenient news channel or have them delivered in capsule form via the web.

Even though the U.S. and most of the west enjoy press freedoms, many parts of the globe have none of it.  That’s why the United Nations has declared today to be “World Press Freedom Day”.

UNESCO commemorates freedom of the media by awarding the UNESCO/Guillermo Cano World Press Freedom Prize to a deserving person or organization or institution that has made an outstanding contribution to press freedom in the world.   Special consideration is given when the efforts have been achieved in the midst of dangerous conditions.

The award was named after Guillermo Cano Isaza, a journalist from Bogota, Columbia who was murdered near the office of his newspaper, December 17th, 1986.  His articles offended the drug lords in Columbia.

I hope you will remember the importance of today’s commemorations when you switch on the news from TV, radio, or the web.  Think of the struggles for freedom of information when you pick up a newspaper or magazine.  Ponder the impact of free access to accurate information on our daily lives in every regard.

The Blue Jay of Happiness is glad that this blog is a part of the news media.  I strive for ethical, truthful coverage of often arcane issues.

An eclectic guy who likes to observe the world around him and comment about those observations.
View all posts by swabby429 →
This entry was posted in Controversy, Politics and tagged Internet, magazines, news reporting, newspapers, radio, TV. Bookmark the permalink.