Nickels And Half Dimes

I’m sure that the vast majority of people living in the United States associate the name “nickel” with five-cents. We learn the names of coins early in our lives. Pennies, nickels, and dimes are the first money we handle. The coins are so ubiquitous that we assume that they’ve been around since the founding of the nation.

However, the nickel is a relative newcomer in the world of coinage.  The first five-cent coin was actually the half dime.  The first half dimes were struck in 1792 with around 1,500 of them minted. The face of the coins depicted Lady Liberty in an unflattering Caesar resembling profile. The reverse featured a scrawny looking eagle. 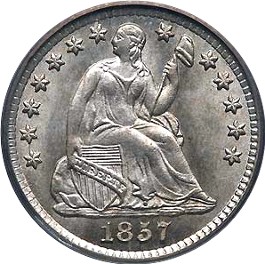 The initial design was unpopular with early Americans who expected a more flattering depiction of one of the new nation’s primary values.  The next design of the half dime featured a more sumptuous Lady Liberty known as the “draped bust”. The newer Lady Liberty was more handsome with more orderly hair and curls.  The reverse side’s eagle grew in proportion and was also of a more pleasing design.

The federal government took an hiatus on half dime minting from 1805 to 1829. When minting of the coins resumed, Lady Liberty faced towards the left and sported an attractive hat. The coins were manufactured from a blend of copper and silver with a weight of approximately 1.35 grams. 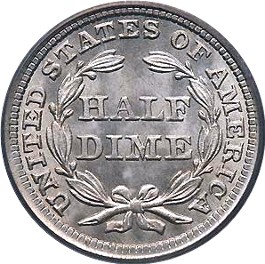 As you might imagine, half dime coins are probably fairly valuable to collectors.  At the time of the writing of this blog post, I checked values.  Depending upon the style and rarity of the particular design along with year of issue and condition of the coin, the going rates for the half dimes can vary greatly. An 1872 half dime in fair condition was rated at around $13. Meantime a mint condition half dime struck in 1794 could bring $16,880.

The beginning of the end of the half dime took place on May 16, 1866.  Congress voted to phase out the half dime and to begin minting the five cent coin we know as the nickel.  The first U.S. nickels were minted from 1866 to 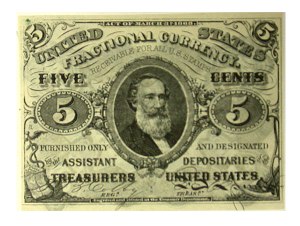 1883 as the “shield nickel”. At the time of its introduction, the United States had two other forms of five-cent denominations.  The previously mentioned half dime plus a paper currency five cent note.  Officials didn’t consider the currency version as reliable or useful, so the nickel was introduced. 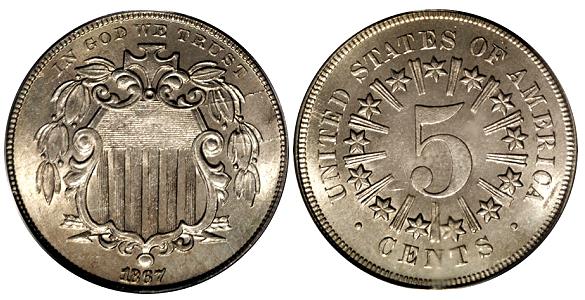 The Blue Jay of Happiness notes that one of the rarest American coins are two 1870 half dimes with a San Francisco mint marking. Allegedly, government records show that no half dimes were minted in San Francisco that year. One coin sold at auction in 2004 for $661,250.

An eclectic guy who likes to observe the world around him and comment about those observations.
View all posts by swabby429 →
This entry was posted in History, Hobbies and tagged coinage, currency, five-cent coin, money, United States Mint. Bookmark the permalink.