The term “postmodernism” is bandied around a lot by many art and philosophy critics.  Postmodernism is one of those overarching concepts regarding skeptical interpretations of everything from the arts, to culture, to literature, and even economics.  Many people, including this writer, consider postmodernism to be so commonplace as to become a cliché.

Many of us work within a new category reluctantly called “post-postmodernism”. The term is controversial and not fully accepted by the experts.  The ambiguous nature of post-postmodernism is what I find to be attractive. I like the paradox of unstructured form with subjective and objective interpretations.

There is something solid, yet free form about this pair of arrangements intended as a complimentary set.  The pot metal vases from India provide a solid base to the abstract plant forms. 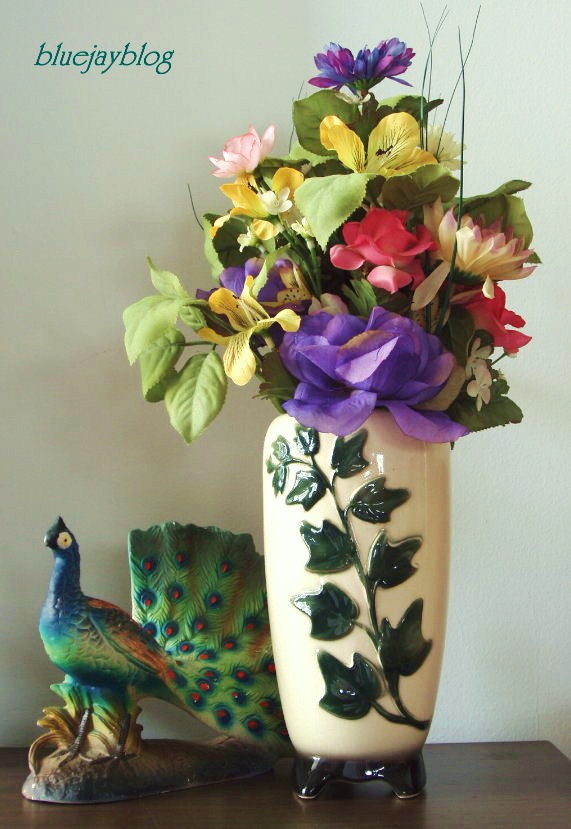 The vine vase with peacock is so post-postmodern that the composition approaches conventionality, almost.  Instead of a regular dual focused decoration, the idea of a multiplicity of complex forms is the nature of this Asian inspired display. 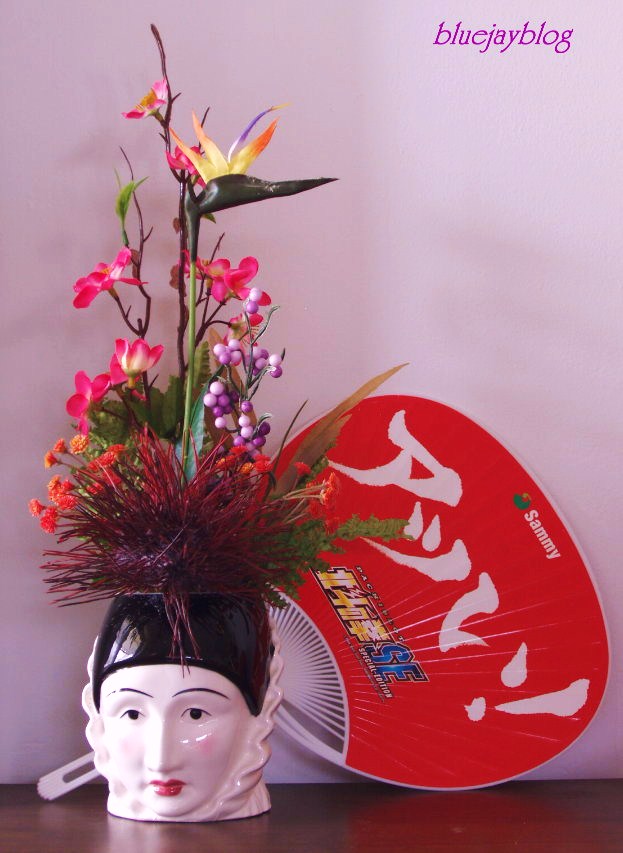 Currently, I’m indulging in contemporary Japanese culture.  It has actually been a trigger for some thinking way, way outside of “the box”.  A quirky, exaggerated, metrosexual, organic, playful attitude is at play with traditional forms and materials.  My interpretation of Tokyo chic comes to life with the Geisha vase as the starting point.

The Blue Jay of Happiness hopes you also venture outside of your own comfort zones.

An eclectic guy who likes to observe the world around him and comment about those observations.
View all posts by swabby429 →
This entry was posted in Controversy, cultural highlights, Floral Arts, Hobbies and tagged post-postmodernism, postmodernmism, Tokyo Chic. Bookmark the permalink.