If you like to catch up on history, you’re in luck today, especially if German history is your thing. Today is Schicksalstag. Either by coincidence or plan, several noteworthy events happened on the ninth of November in Germany. Schicksalstag translates into English as “fateful day”. The word has been in use by journalists and historians since the Second World War but the term came into popular use since the events of 1989. I decided to give a short run-down of each of those events to you today.

The first event is the execution of Robert Blum. By the 1840s, Robert Blum had become a leading light in the Kingdom of Saxony’s liberal clique due to his writing of politically motivated poetry and drama. Blum was instrumental in the Saxony opposition movement. After his conversion to Catholicism, Blum organized the first German Catholic synod in Leipzig and sparked the start of Germany’s humanist free religious movement.

In March of 1848, the Revolutions of 1848 erupted across several European nations. Blum supported the organized protests in the former states of the defunct Holy Roman Empire. The German Confederation

protests demonstrated the popular hope for political freedom, liberal policies, freedom from censorship, democracy, and nationalism. As one of the presidents of the preliminary parliament and leader of the left at Frankfurt, Blum worked to contain the most radical factions. He was also one of the major supporters of popular sovereignty.

Revolutionary battles broke out in Vienna in October and Blum joined the rebels. After his arrest on November 4th, Blum was tried in front of a military tribunal and sentenced to death.  Blum was executed by bullet on the ninth of November, 1848. Blum became a martyr for subsequent democratic movements in Germany.

The second momentous event was the dissolution of the German monarchy when the declaration of the Federal Republic (Weimar Republic) began on November 9, 1918. At the conclusion of the Great 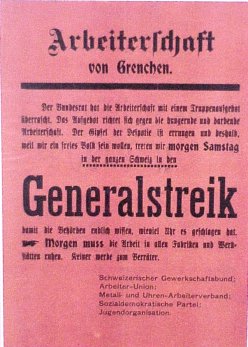 War (WWI) the Ally victors demanded that Kaiser Wilhelm II abdicate his throne. During the week leading to the armistice, revolutions had sprung up in the political subdivisions of the German Empire.

News of Kaiser Wilhelm’s dethroning was published by the Chancellor, Max von Baden, shortly before the abdication on November 9th. Ultra right leader Philipp Scheidemann proclaimed the Weimar Republic in an effort to beat any leftists’ claims to the republic.

1923 witnessed the third major event, remembered on Schicksalstag. Germany was in the throes of internal political strife and the nation was suffering under the yoke of reparations after the Great War. By the early 1920s, the ultra-conservative, right-wing parties had coalesced in Bavaria and other parts of southern Germany. One of the ultra-conservative groups was the recently hatched Nazi Party, led by the firebrand Adolf Hitler.

Bavarians were angered by the weak response of the central government to the Ruhr crisis. Hitler believed the citizens of Munich would channel

their anger and follow his lead to help in a coup d’etat of the regional government. On November 8, 1923, Hitler led his Nazi party in efforts to overthrow the government in an incident now known as the “Beer Hall Putsch”.  Because of Hitler’s naivety and that there were only 35,000 Nazis, the Beer Hall Putsch failed on November 9th. Hitler was soon arrested, tried, convicted, and sent to prison. The failure of the Beer Hall Putsch was an important lesson for the future dictator.

The fourth Schicksalstag event is a much more sombre incident.  In early November of 1938, a German embassy official, Ernst vom Rath was allegedly shot by a 17-year-old Polish Jew. The youth had just heard that his parents and thousands of other Polish Jews had been expelled from the German Nazi Reich. Two days after the shooting, November 9th, vom Rath died. The date fell on the important Nazi commemoration of the previously mentioned “Beer Hall Putsch”.

Nazi leaders were already in Munich for celebrations of the important anniversary. Propaganda chief Joseph Goebbels passed along a message from Adolf Hitler. “…the Führer has decided that … demonstrations 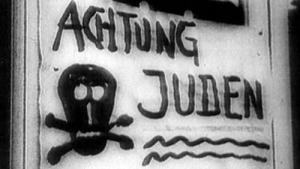 should not be prepared or organized by the Party, but insofar as they erupt spontaneously, they are not to be hampered.”

In reality, the Sturmabteilungen (SA) and the Hitler Jugend (Hitler Youth) marched through the streets of German and German occupied cities storming into the Jewish districts.  The vandalism, destruction, and violence became known as the infamous Kristallnacht, the night of the broken glass. The fiction was spread, that Kristallnacht was the result of a spontaneous, emotional expression of public outrage over the murder of Ernst vom Rath.

The fifth event of Schicksalstag was the fall of the Berlin Wall in 1989. Ever since the end of World War Two and the occupation of Germany by the Allies, Germany and Berlin had been politically and culturally divided between the West and the East. To keep Berliners in the eastern neighborhoods from moving to the western half, in 1961, the Communists built a fence, then a wall along the city boundaries. Family and friends were separated for the next few decades.

In 1985, Soviet premier Mikhail Gorbachev instituted a program of moderation across the USSR and its satellite countries. The policy was popularly called Glasnost. The restructuring was dubbed Perestroika. By the summer of 1989, Perestroika resulted in the liberalization of border restrictions in Hungary. The already open border between Hungary and East Germany resulted in escapes of East Germans into Austria from
Hungary.

The escapes inspired East Germans to protest en masse against their confinement by the East German government. The protests continued from October to early November. In response, more people departed the Eastern zone through Communist Czechoslovakia.

On November 9, 1989, an East German radio broadcast announced that the border between East and West Germany would open for “private

trips abroad”. It didn’t take long until thousands of East Berliners gathered at the checkpoints waiting for passage through the Berlin Wall. Because the guards were not given specific orders regarding the opening, they decided to simply allow citizens to pass. So November 9th was the day that signaled the end of the Berlin Wall. During the next several days, people physically dismantled the Wall.

Even though November 9th was the actual beginning date of German Unity, officials believed the day was not appropriate as a national holiday because it coincides with the anniversaries of Kristallnacht and the “Beer Hall Putsch”. The date of formal, official unification was October 3, 1990. So, the October date was chosen as the national holiday.

These five events and possibly one or two others give historians great reasons to celebrate their professions.

The Blue Jay of Happiness hopes you never forget this World War Two era quote from Henry Wallace: “The worldwide, age-long struggle between fascism and democracy will not stop when the fighting ends in Germany and Japan.”