Jorge sniffed his coffee, took a sip, then slouched into the sofa.  He flashed a wry grin at me.  “Do you feel satisfied today?”

I gave him a nod with my firm reply that I certainly felt happy and satisfied not just today but I’d had that feeling all week long.

I asked my trucker friend why he brought up the subject of satisfaction.  Did he have an ulterior motive behind his question?

Jorge admitted that he wanted to ease the conversation into a dicey area in as graceful a manner as possible.  During his last drive from Minneapolis he had been giving a lot of thought to the terrible problem of greedy Americans.

I asked Jorge, “Why only Americans?”

He explained that because the United States is certainly the most powerful nation that has ever existed in the history of mankind, that sooner or later, our problems tend to affect people in other nations.  Jorge said he’s been thinking a lot about the huge problem of income inequality in this country. 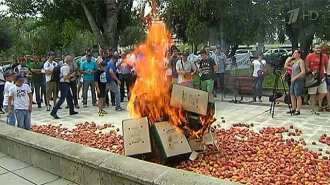 I mentioned that I’ve been concerned about the imbalance that has been worsening across our country the past several years.  It seems worrying that there doesn’t seem to be any way to constructively stem the problem.  In my opinion, greed has become the defining issue of our times.

Jorge said that he believes that the very powerful people in government and corporations are suffering a deep spiritual lack of gratitude.  Due to his extensive, daily travels, Jorge has had the opportunity to closely interact with people of various economic and social classes. He has met folks who are deeply happy and accepting of their lives and others who present a convincing façade of happiness but demonstrate a great deal of dissatisfaction with their lives and goals.

Jorge explained that he, in no way, wishes to demean real material success.  Truly successful people are among the most happy individuals on Earth.  Furthermore, their success enables them to become generous benefactors to others. Because of their achievements, successful people are very powerful, too.  With power, comes the moral choices as to how to use their influence and wealth.

A comfortable, successful life can enable a person to deeply explore and exercise ones deepest desires.  Will she pursue wisdom and further spiritual enhancement of her life?  Or will she forget to be thankful for what she abundantly possesses and only yearn for more and more?

I mentioned that most people desire a healthy body and mind. We don’t want to worry about finances.  We want to be secure in our relationships and love.  It seems to me that healthy people also want the same benefits for their loved ones and for others in the community, too.

There is the sense that we completely depend upon each other for our very survival.  I think that a sincerely happy individual is someone who knows how to balance self-interests with social interests. A truly successful person understands that he does not attain wealth and success only by his own efforts.  Many, many other people contribute to his well-being.

Jorge said that he understood this integral nature of humanity better after his initial months of driving trucks.  His first truck did not have a functioning radio, so Jorge’s mind was free to wander and contemplate.  He liked to play mind games in order to remain alert and safe on the roads.  One of his favorite games he still plays, involves naming the types of people who make his life and work possible.

Jorge’s list always begins with his mom and dad. The next people are the teachers and helpful people who made sure he had a good learning environment.  He lists his friends, and mentally hugs them.  He goes on to think about the company of people who employ him.  This is where the list branches out in many directions.

There are the customers of the companies who contract with the trucking company. There are the people who design and build the highways upon which he drives. This includes the folks who maintain those roads and clear away the snow and apply deicer.  There are the restaurant workers at the food stops, the farmers who grow the food to nourish him. Jorge laughs that he could go on forever about all the many people who contribute to his life and success.

He says that to think about all the people who contribute, in even the smallest way to our lives, causes him to feel grateful and satisfied with life.  The road to greatest happiness and life satisfaction is paved with sympathy and love for other people and living things.

Jorge then leaned forward and sighed.  Too many very wealthy people have either forgotten this fact or have chosen to take the road of selfish, self-centeredness.  He 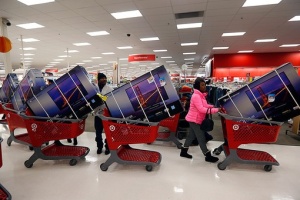 told me that road is a desolate one that meanders through a harsh desert filled with mean emotions, distrust, ingratitude, and ultimately, dissatisfaction with ones lot in life. The person who drives down that isolated road tries to fill his empty soul by trying to acquire as much money and power as he possibly can by any means possible.  This state of being results in the worsening of his own misery and the suffering of others.

I replied that this is why most of the wisdom traditions of the world condemn greed.  It not only fuels an insatiable hunger to consume everything in sight, but everyone else must get by with whatever they can scrape together, simply to survive.  Religions and philosophy have rightly judged the practice of greed as one of the most amoral and immoral of all lifestyles. Ultimately, greed must impact everyone and everything around the greedy individual.

Greed does not only apply to money and material goods, it manifests in human relationships, too.  Most of us desire solid, trust-filled friendships. In our heart of hearts, we want a strong, ever-growing romantic bond with a special life-partner.  The acknowledgement and expression of gratitude to ones friends, family, and lover are among the highest ideals we can imagine.

Likewise, if there is a lacking in any or all of our interpersonal relationships, we grow unbalanced.  If someone has little or no sincere concern for other people, she will feel no regret while taking advantage of other people. She has forgotten or chooses to neglect the fact that we are all interdependent with each other.   She soon believes that she is the sole reason for her well-being and success.  She then concludes that other people are dependents and parasites who eat away at what belongs to her, alone. She thinks that she, alone, has earned her success. She feels even more justified in claiming still more and more things and power. Other people and their desires are not only irrelevant, but appear to be harmful to the fulfillment of her wishes and goals.

I thanked Jorge for his insightful view, then asked what can be done about this dark state of affairs.  It seems to me that we are all falling into the gravity of an immense black hole of uncaring about the plight of other people. Selfish, greed has seemingly captured the psyche of today’s mindset.  In other words greed and dissatisfaction are our Zeitgeist.

He said that he has been thinking about solutions to the problems of dissatisfaction and greed.  Jorge says that a humble truck driver cannot solve this national and international crisis alone.  Perhaps there is no solution that we know of, anyway.

The only thing he can do is to remember that there are other people to consider on this little planet. We must sincerely show compassion for other people, the animals, the plants, and the Earth as a whole.  The only effective things that Jorge has found, are gratitude and compassion.  Maybe, if a person’s actions are powered by these two attributes, the effect will be contagious.

A person can only hope that their own constructive, positive way of life will influence others to live in a similar manner.  There are no guarantees in life.  We can only strive to live a life of compassion and love of ourselves and others.  A person is solely responsible for his own gratitude and satisfaction.

Jorge says we can choose the highway upon which to drive.  There is the desolate, harsh desert road of greed.  There is also the smooth, pleasant freeway that we can share with the rest of humanity.

I said that I couldn’t add anything else to his insight. It was time to leave the house for awhile and stroll down the road for fresh air and a change of topic.

The Blue Jay of Happiness reminds us there is more than enough beauty and delight in our world for everyone to enjoy.  There is no need to horde anything.

An eclectic guy who likes to observe the world around him and comment about those observations.
View all posts by swabby429 →
This entry was posted in Contemplation, Controversy, Friendship, Health, Meanderings, Politics, religion and tagged dissatisfaction, gratitude, greed, hording, satisfaction, self-centeredness, selfishness, thankfulness. Bookmark the permalink.

1 Response to Dissatisfaction And Greed