West Of The Revolution (Review)

Last summer I came across a couple of publicity snippits for Claudio Saunt’s latest book West of the Revolution–An Uncommon History of 1776.  I added the title to my must read list.  Evidently, other readers had the same reaction, because I was finally able to find the Norfolk Public Library’s copy available in December.  The wait was well worth my patience.

This concise volume outlines events that took place in addition to the familiar story of the original 13 British colonies.  Other nations besides England were busy, trying to get footholds in the North American continent.  The effects of the colonialization efforts have been integral and long lasting up to the present day.

Professor of American History at the University of Georgia, Claudio Saunt, brings the reader the stories of equally important developments that were taking place around the time of the American Revolution from British rule.  The author highlights nine regions. The Aleutian Islands of Alaska, San Diego, San Francisco, New Mexico, North Carolina, Saskatchewan, the Black Hills, Osage Indian territory and Creek territory.

A few paragraphs in the book’s introduction gave me a sense of the scope of the book.  During his childhood, young Saunt had attended music camp at a location near California’s Russian River.  At the time, he didn’t think Russians had anything to do

with the history of that area, so he believed the river was supposed to be the “rushing river”, the ending “g” was dropped in favor of “rushin’ river”.  This made more sense to the boy who was interested in jazz music.  Of course, later, he learned about the historical Russian presence in California.  His ignorance represented the general lack of awareness by most Americans of the richness of America’s past.

Around the year 1776, Russian nationals were present in the Aleutian Island chain to harvest furs.  The Russian style of business was quite brutal.  There was much hostage taking and many massacres in their efforts to survive and trade. News about Russia’s adventurism was sent to Spain.  In turn, the Spaniards felt that their colonial aims were threatened so they were motivated to further colonize the California coast.

The Spaniards sailed north from their established position in Mexico.  They set up missions along the Pacific coast, beginning with San Diego. The aims were to gain territory and then convert the  Indians to Christianity. The insistance of the Spanish colonialists and clergy clashed with the desire for autonomy of the natives in a violent manner.  Place by place, the European immigrants and their descendants encountered the Native populations. The Indians, lost their languages, culture, autonomy, territory, and entire populations. 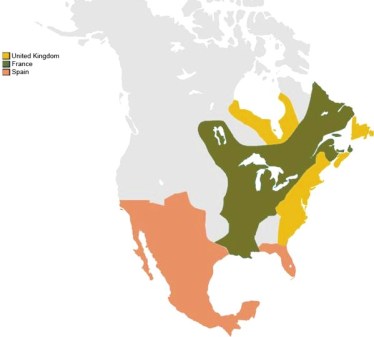 In the telling of the histories, Saunt reminds the reader about particular events happening at the same time during the American Revolution along with major events among the European powers. The most important of these being the Treaty of Paris. The agreement designated the Mississippi River as the boundary between the British and Spanish interests.  The arbitrariness of this decision greatly affected the native peoples and the settlement of the continent.

I was generally pleased with West of the Revolution.  It is a good review of the bigger picture of American History.  While there are more comprehensive regional histories available to history buffs, this book provides a reasonable introduction of the era for the casual reader.  I enjoyed the book because it refreshed some memories of history lessons from my college days. The book certainly is a good introduction to spur further investigation of regional North American histories.

I recommend this book to the general reader because it is well written and accurate.  I was surprised to find some excellent illustrations, as well.  West of the Revolution is a fast and enjoyable read.

The Blue Jay of Happiness quotes President Barack Obama. “The worst thing that colonialism did was to cloud our view of our past.”

An eclectic guy who likes to observe the world around him and comment about those observations.
View all posts by swabby429 →
This entry was posted in Books, History, Politics, religion and tagged American History, Claudio Saunt, colonialization. Bookmark the permalink.