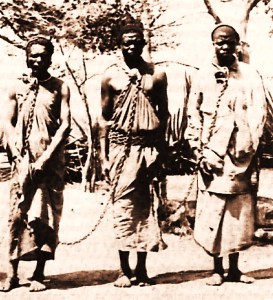 National Freedom Day has been celebrated in one way or another since 1942. The holiday was drawn up to recognize harmony, equal opportunity, and freedom for all United States citizens, period.  While this country has come far in the liberation of its citizenry, there are still many of us for whom fully equal freedom and liberty are still only a dream.

The original idea for National Freedom Day came from a former slave.  Richard Wright, was born into slavery May 16, 1855 in a rural location near Dalton, Georgia.  After the Civil War, what remained of his family, Wright and his mother, relocated to Atlanta. He attended the Storrs School, a place to educate the children of freedmen.  The Storrs School eventually became Atlanta University, in 1876, Wright was named valedictorian.  Later, he studied at several other colleges, including Harvard, Columbia, and Oxford.

1921. Wright was also a founding member of the American Negro Academy until that organization disbanded in 1928. The Academy had been the most important group of African-American intellectuals during its heyday.

During the Spanish American War, Wright took a leave of absence from the school.  President William McKinley appointed Major Wright as paymaster of the US Volunteers in the Army.  This appointment made Wright the first black to be named paymaster.  He was also the highest ranking African-American during that war.

At age 67, Wright resigned as President of Georgia State Industrial College for Colored Youth and moved to Philadelphia, where he attended courses at the University of Pennsylvania.  He then founded the first African-American owned bank in the northern states, Philadelphia’s “Citizens and Southern Bank and Trust Company.

As an elder, Major Wright became the leading figure in the movement to establish National Freedom Day.  Wright argued that the 13th Amendment to the Constitution was the actual measure that freed the American slaves, not the Emancipation-Proclamation.  The first of February was chosen because President Abraham Lincoln 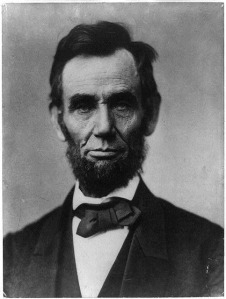 signed the 13th Amendment on February 1, 1865.  Wright, along with his group of local and national leaders, lobbied and drafted a bill to create the holiday.

A year after Wright’s death, President Harry Truman signed the bill and issued a Presidential proclamation, in 1948, to make it legal and official. Every year, since 1942, a memorial wreath has been laid at the Liberty Bell to commemorate National Freedom Day.

I hope you will take a few moments to contemplate and commemorate the long road to freedom in the United States.  This is the day to celebrate the efforts of all people who advocate for and work in the continuing struggle for universal freedom.

The Blue Jay of Happiness quotes Abraham Lincoln. “Those who deny freedom to others, deserve it not for themselves.”