At 2:00 AM the air was still yet full of potential energy. The crickets had become silent, the starshine appeared very brilliant and sharp. A metallic taste had settled onto my tongue. The neighbor’s grey and white tabby sought comfort on my lap while I took in all of the sensations.

Something unknowable triggered a chill in my spine. I tilted my head skyward and watched as the dome of the sky closed up.  I immediately thought of the sliding doors of an astronomical observatory. The cat extended his claws into my bare knees then sprinted across the street in abject terror. 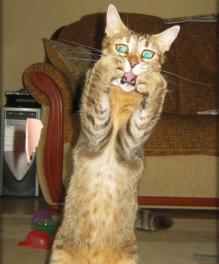 Instantly, gale force winds from the northwest appeared. The cat’s terror transformed into my own state of mind. I fought the wind for control of the storm door, then I lept into the house and locked the doors.  As I ran towards the basement stairway, I glanced at the windows that flickered brightly like a multicolor dance-club strobe light out of control.

I reached the basement and watched the bright red, green, and white flashing through the windows. The roar of wind merged with thunder. The floorboards above me shook and vibrated. I thought that my life was about to end. All of my bodily senses were on high alert in survival mode. I wondered if a tornado was nearby.  I strained to listen for warning sirens; there were none. My perception of time had slowed to a crawl.  What seemed like an hour of doom, was probably just a few minutes in duration.

Suddenly, there was silence.  My world was quiet but not calm. I sat on a stack of boxes in the basement to gather my senses. Maybe five minutes later, the warning sirens came on to alert my small city to the danger that had already passed through. Several more minutes elapsed then the “all-clear” screamed through the siren horns.

The fearfulness slowly subsided, and I flicked on a flashlight. I then climbed the stairs to see if there was still a house to live in. I felt another quick rush when I discovered that the electrical power was absent.

Once again upstairs, I aimed the flashlight beam at various parts of the house and noticed that everything was still where it was supposed to be.  Then, I went outdoors to make sure the roof and the garage were intact.  That’s when I saw tree limbs, branches, twigs, and debris covering the yard and street. The fearfulness reemerged, this time not intense.  Instead it manifested as a dull ache within my whole body.

The entire town was completely dark, so I went back inside, laid down and surrendered to the comfort of the sofa. 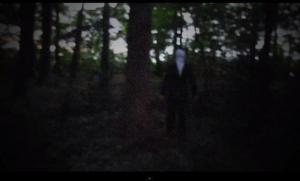 I can still vividly remember the horror of the event, but I cannot recall the exact date or year that it happened. I can only place it in the late 1980s. I do remember spending the entire next day and evening cleaning up the yard.  The electricity did not come back on until late in the night. I don’t think there was a verdict as to what had happened.  It may have been a “mini-tornado”, or wind sheer.  Whatever it was, the town was a mess.

I thought about this frightful event when I looked out the window after I woke up today. I noticed that the sky was overcast and the treetops were swaying in the wind.  A hint of fearfulness came over me for a few moments as I gazed into the darkness of the early morning.

We might ask ourselves, “What is fearfulness?” My old Webster’s student dictionary defines it as the emotion experienced in the presence or threat of danger. It is the presence of fear, anxiety, or apprehension in the mind. In my own experience, fearfulness is akin to the unsettled emotional state I experience when I think about the onset of springtime or summertime storms. It’s a state of mind.

Have you ever noticed that when you’re experiencing fearfulness, that your thoughts are limited and the mind becomes closed? This is probably an aspect of the fright or flight instinct.  We usually differentiate acute fear, as separate from fearfulness.  As in, the storm example, I felt fear as a defensive mechanism that motivated me to immediately seek shelter. The fearfulness came over me after I had moved to safety and the acute fear began to wane.  When I’m under the influence of acute fear, I act instinctively, with little or no thought. Likewise, while I am under the influence of fearfulness, I am incapable of thinking rationally and objectively.

We can become fearful of losing our lives, our loved ones, our treasured possessions, our reputations, our jobs, and so forth. On a deeper level, fearfulness can cause us anxiety about losing our memories, our experiences, our religion, and our ideology.

Members of the LGBT community call this fearfulness, “the closet”.  This type of fearfulness can escalate into full-fledged fear when we seriously contemplate “coming out”.  In my case, the pressure of fearfulness had increased to boiling.  I knew that I had to “come out” in order to relieve that built up emotional pressure. The fearfulness had become extremely unbearable. Then I followed through. Each time I came out to another person, the fearfulness diminished more and more. With the lessening of fearfulness, came a happier, freer, insightful and opened mind.  Not only was I free of mental pain, my physical body also felt more relaxed and free of burdens.

After I let go of the fearfulness of the closet, a full understanding about the profound nature of fearfulness as a tool of oppression came to light.  It’s one thing to 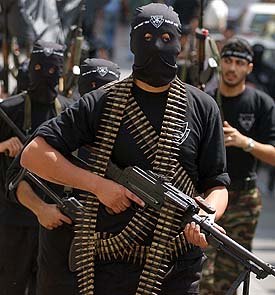 intellectually know that regimes and belief systems control the masses with fears.  It’s another thing to directly experience oppression by authority figures and social institutions. The dark evil of the use of fear and fearfulness as a tool for control of people is at the heart of tyranny. To shake off fearfulness is to free oneself from outer and inner tyranny.

A similar state of lightness happened in the aftermath of the late 1980s storm.  Once I climbed out of the darkness of the basement and shined a light onto the actual state of my home and surroundings, I was able to assess reality. Fearfulness subsided.  I was then able to effectively plan and carry out the physical work of clean-up.

I feel a small twinge of fearfulness arising from time to time.  This is normal and natural. In small doses, the fearfulness encourages caution. When we’re mindfully aware of the presence of fearfulness, we understand that it is a state of mind, and nothing more.

The Blue Jay of Happiness likes this quip from Mark Twain:  “The human race is a race of cowards, and I am not only marching in that procession, but carrying a banner.”

An eclectic guy who likes to observe the world around him and comment about those observations.
View all posts by swabby429 →
This entry was posted in Contemplation, Health, Hometown, religion and tagged coming out of the closet, fear, fearfulness, LGBT civil rights, oppression, repression, severe weather. Bookmark the permalink.