There seems to be a perception by many economists and the public at large that people are mostly motivated by profit and money.  In my experience, this truism is often false.  There is a large segment of the population that is motivated by the desire to help humanity. 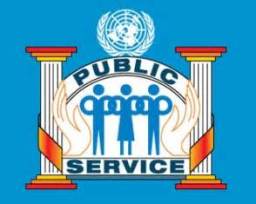 Through my job as a former Public Service Director, I’ve met many people who say that their jobs in public service have made their lives rewarding and meaningful. Most have felt grateful that they can constructively contribute to society as a way to earn their living.

These are people who work in the quasi-public sector like the Red Cross, medicine, disaster aid, and non-profits.  Other workers have positions in the public sector such as field workers in the Social Security Administration, police, fire department, education and other community departments.

Due to pressure to slash budgets and cut taxes, many in the public sector are overworked and underpaid.  Many who work in non-profit organizations feel the same way but on a greater scale because they depend upon public largess.

Public service work involves a wide range of opportunities for people with various talents. Those who do best are people who have a strong desire to make a positive difference in people’s lives.  The workers must have a resilient personality because many public service workers suffer early burnout and low pay.

What the general public usually fails to understand or chooses to ignore, is that public service workers perform duties every day, not only in emergencies. There is a give and take relationship between the private sector and the public sector, with the public sector frequently being taken advantage of.

In the effort to share ideas and to reward those who make a difference, on a global scale, today is United Nations Public Service Day. It’s actually the first day of a conference and idea exchange that will culminate with an awards ceremony. This year’s meetings are taking place in Medellin, Columbia.

The organizing agencies include the UN Department of Economic and Social Affairs, the Division for Public Administration and Development Management, the UN Entity for Gender Equality and the Empowerment of Women, and the Government of the Republic of Columbia. The focus of the meetings regards public service delivery and implementation.

According to a United Nations press release, the event “…promotes the role, professionalism and visibility of public service. It encourages exemplary public service and recognizes that democracy and successful governance are built on a competent civil service.”

The Blue Jay of Happiness ponders a thought from the writer, William Lyon Phelps. “The final test of a gentleman is his respect for those who can be of no possible service to him.”

An eclectic guy who likes to observe the world around him and comment about those observations.
View all posts by swabby429 →
This entry was posted in Controversy, cultural highlights, Politics and tagged civil service, non-profit organizations, public sector, public service, United Nations. Bookmark the permalink.