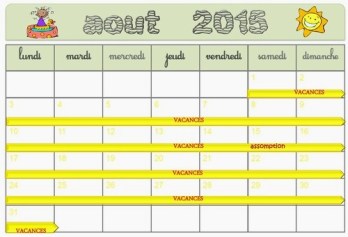 A couple of days ago, Jorge stopped by for one of his impromptu visits.  Since the weather was hot and muggy, we sipped tall glasses of ice tea instead of our usual coffees.  My pal said he was feeling listless and sad because it is August.  We love to commiserate about these feelings because we both usually have to weather the August Doldrums.

Like me, Jorge detests summery weather. He’s had to counter remarks that people make regarding his Mexican heritage and hot weather.  He usually, patiently explains to the unsuspecting strangers that just because he looks Mexican, that doesn’t mean he loves Mexican weather.  He grew up in Los Angeles, not Mexico City. On those days when Jorge feels mischievous, he also mentions that Los Angeles used to be in Mexico.

Regardless of family background, the simple fact is that there are many people who hate Summer. We feel the doldrums begin with the first hints of muggy weather in July and our crankiness continues into early September. If a day or two of cool conditions happen, we feel a positive burst of happiness.

What are the August doldrums and why must people like Jorge and me suffer through them each year?

If you think back to your high school science class lessons about weather, you may remember that the Doldrums is a “band” of steady low atmospheric pressure around the Equator. It is in that area, the winds are typically calm.

Historically, the Doldrums are mentioned in stories about seafarers. Sailors dreaded the Doldrums because their sail-powered ships became stalled there due to the lack of wind.  Sometimes ships were stranded in the Doldrums for several days. In the worst instances, ships remained in the Doldrums for weeks at a time. Meanwhile schedules were delayed and food and fresh water supplies aboard the ships had to be carefully rationed.  In other words, the Doldrums were miserable.

In everyday terms, people define the doldrums as a persistent period of time when we feel bored, depressed, listless, and unmotivated. The human type of doldrums are a sad time when we don’t even want to do any physical activity.  We just don’t want to increase our misery. The low energy of the doldrums couples with the unpleasant heat and humidity of August.  This results in a negative feedback loup.

Jorge says that this year’s August Doldrums are especially draining because the social climate in the United States is  so heated and negative this year.  We agree that there have been so many troubling trends erupting from an inauspicious place in our nation.

There is the continuing homophobia that darkly simmers in the hearts of too many Americans.  Their hatred towards LGBT people has only increased because they cannot accept that LGBT people deserve to be treated equally.

Jorge is especially worried about the Confederacy sympathisers and neo-Nazis who brazenly flaunt intolerance. The Charleston, South Carolina church mass murders have inspired like-minded individuals to unleash their hatred upon minority communities.  My truck driving friend has been the target of subtle expressions of racism at various places he has stopped for food and fuel. He wonders if those expressions may someday become much more overt. Jorge also worries that he might lose his life to a self-righteous cop with an itchy trigger finger.

On top of all this, we have the advent of never-ending political campaigning.  It seems like politicking begins earlier and earlier. The negativity and ad hominem attacks have been extremely awful this year. This negativity has only exploited our country’s already polarized condition. We find more people’s hatred, homophobia, and misogyny validated by the extremists vying to take control of the country.

Jorge says that we cannot ignore these destructive movements or the negativity will only grow more virulent.  I say that we need to keep an eye on these things, but at the same time, the United States desperately needs a time out.  The purpetrators of intolerance need to sit on stools in the proverbial corner while donning dunce caps.

The airing out of our worries helped Jorge and I to sail out of the August Doldrums for awhile.  In unison, we breathed a vocal sigh of relief.  This caused us to laugh.  It was certainly time to shift the conversation to happier themes.

The Blue Jay of Happiness takes Carl Jung at his word. “The word ‘happiness’ would lose its meaning if it were not balanced by sadness.”  That means it’s OK to go through the August Doldrums.

An eclectic guy who likes to observe the world around him and comment about those observations.
View all posts by swabby429 →
This entry was posted in Contemplation, Controversy, Meanderings, Politics, religion and tagged August, depression, hatred, homophobia, misogyny, racism, sadness, sailing, Summer, The Doldrums. Bookmark the permalink.