His photographs contain an undercurrent of tension, an eye for the unusual, second-guessing, and the aura of patience. Henri Cartier-Bresson has been the subject of books, essays, and, most of all, exhibitions.  Every time I come across one of his photographs, I need to study it.  Then I must have more because Cartier-Bresson could capture the moments of the soul. 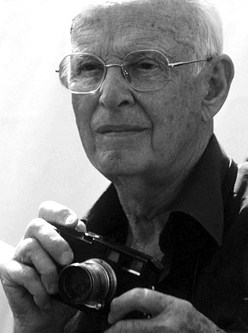 To view his work is to travel through time and to see humanity from a vivid focus.  Every contemporary photographer of note has been somehow inspired by Cartier-Bresson’s artistic skill.

Henri Cartier-Bresson was born on August 22, 1908, at Chanteloup-en-Brie, France. He was the eldest child of a well -to-do textile manufacturer of thread. His mother came from a merchant family in Normandy.

Cartier-Bresson attended a private art school and Lhote Academy in 1927, where he broadened his knowledge of classical style and modernist experimentation. He commented that the academy was a course in

photography without a camera. He obtained real-life lessons while in the military service in the late 1920s. He also received his first serious camera at this time.

By 1935, Cartier-Bresson had his first American exhibition in New York City. His first magazine spread published at the same time in “Harper’s Bazaar”. Two years later, he branched into popular photojournalism with his coverage of the coronation of King George VI and Queen Elizabeth II. Interestingly, he shot no portraits of the new King, he focused on the citizens, instead. Also, in 1937, Cartier-Bresson married Ratn Mohini, a Javanese dancer.  They set up house in a large studio in Paris. 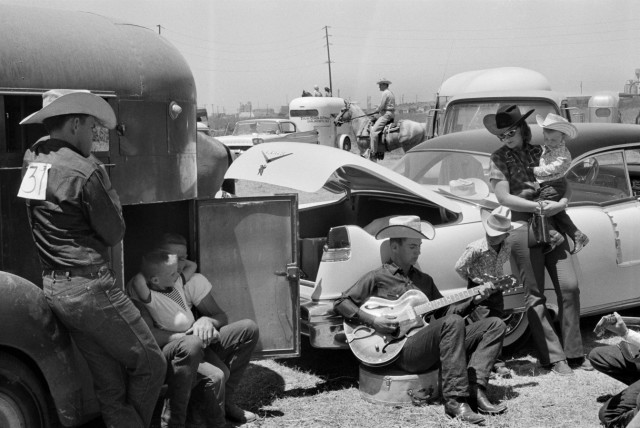 Cartier-Bresson served in the French Army as a Corporal after the outbreak of World War Two.  He was captured by the Germans in June 1940 in the Battle of France. He attempted to escape twice, but failed. The third try was successful. He joined the underground and worked to document the Nazi occupation of France. 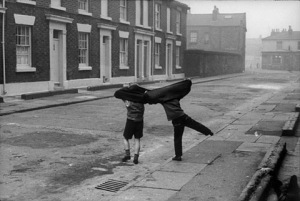 After the war he worked on a film about returning war refugees and inspired a retrospective of his earlier work at the Museum of Modern Art.  I’ll leave off the rest of his biography and critiques of his work at this point because the scope of his life and work are too vast for a simple blog post.

Henri Cartier-Bresson passed away in Montjustin, France on August 3, 2004 at the age of 95. He is buried in the local cemetary.

The Blue Jay of Happiness has a short photography lesson from Cartier-Bresson. “In photography, the smallest thing can be a great subject. The little, human detail can become a leitmotiv.”

An eclectic guy who likes to observe the world around him and comment about those observations.
View all posts by swabby429 →
This entry was posted in art, cultural highlights, History and tagged France, Henri Cartier-Bresson, photography. Bookmark the permalink.

3 Responses to A Few Cartier-Bresson Tidbits