I awoke naturally at my normal, early time a couple of Saturdays ago, then sat down at the desk to check emails and then post something new for bluejayblog. That’s when I discovered my Internet connection was broken.

I called my ISP in Omaha, Nebraska to ask if there was an Internet outage.  The employee said that even though there had been storms in Nebraska overnight, there was no reported Internet outage in my area.  She informed me that a repairman would be in Norfolk on Monday morning and could help me at that time. I involuntarily groaned, then I thanked her and hung up the phone.

I indulged in a small temper tantrum then sat down to analyze this unpleasant surprise.  I remembered that I had a few, short-term alternatives. Then I realized that I have allowed myself to become overly attached to the Web. To let go is one part of my life philosophy, but I’d neglected this aspect. How did this happen?  I had to remember how to again let go of the need to always be connected to the Web. 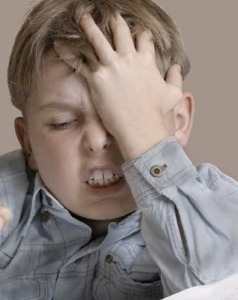 Here I was, resisting a circumstance that I had zero control over.  By resisting and demanding things should go a certain way, spontanaity and effectiveness vanished. Life is just as it happens to be. Resisting life generates anger and resentment.

I thought of the old Buddhist wisdom teaching about letting go of attachments. Anything you cannot let go of, holds you back.  In this case, I was attached to reliably being able to access the Internet.  When the Internet was not available, I felt frustrated and sad. I even noticed a temper tantrum coming on.

My only choice was to let go of this attachment, at least for now. My anger and upset was a sign that I was not allowing life to be just as it naturally happens. Hanging onto my resistance was getting in the way of being happy and productive in other ways.

So, I sat back in my chair, took a few deep breaths, and observed my emotional state.  There was some resentment present. I had had some “issues” with my present Internet Service Provider earlier this year. This time, I felt frustrated that the company didn’t provide an instant resolution to my current problem.  As I reflected on the situation, I remembered that the ISP has hundreds of thousands of customers. Furthermore, they had to deal with some real storm-caused outages in western Nebraska. I needed to take personal responsibility for my attitude.

This realization led to me examining where else I may have failed to let go.  There are some resentments of perceived and real slights by family and acquaintences. It’s time to address these issues and forgive these people. Meantime, I’m not Mr. Perfect, either. I’ve made some mistakes. I might not even be aware of some of them. In the process, somebody may be harboring resentments about me.

I needed to perform a reality check and find out what I’m holding back. It was again time to clean up the skeletons in my closet. I needed to reveal my misdeeds and make amends.  Plus, was there anything good that I was also hiding from myself and others? I know that being honest and being your true self leads to a “lightness of being” and a happier life.  This is what we gay folks discover after coming out. We’re no longer

held back by fears of who will reject us and who will accept us. When we let go of the fears, we gladly accept ourselves as whoever we are and just let the chips fall wherever they happen to fall.

In other words, because my ISP was unable to kowtow to my self-centered demand for an instant fix to the broken Internet situation, I suffered an outbreak of anger and resentment.

When I let go of the demand and remembered that life unfolds in unexpected, frequently inconvenient ways, I was able to calm down and work on some of my own “issues”.

I had to laugh at the ironic way the Internet caused me to remember the wisdom of letting go. This happened because I had to let go of my home Internet service for awhile.

The Blue Jay of Happiness likes this snippet from Raymond Lindquist: “Courage is the power to let go of the familiar.”

An eclectic guy who likes to observe the world around him and comment about those observations.
View all posts by swabby429 →
This entry was posted in Contemplation, Gadgets, Hometown, Meanderings and tagged acceptance, anger, frustration, Internet, malfunctions. Bookmark the permalink.