Board games, boxes of puzzles, and playing cards were the go-to for fun in the family house when I was a kid. Many a night was spent playing “Monopoly”, “Scrabble”, or “Yahtzee”.  During solitary times or when the weather kept us indoors, jigsaw puzzles

occupied our time.  Dad was a big fan of crossword and jumbled word puzzles in the newspaper.

These days, when I visit folks at the nursing home and assisted living apartments, there are usually one or two people assembling a picture puzzle or engaged in some sort of board game. I like to see how folks interact with one another at those times.

Unfortunately, many of my peers don’t seem to have the time nor patience to play games nor figure out jigsaw puzzles.  A couple of years ago, my boyfriend gifted me with a 3D puzzle of the Empire State Building.  The project contained hundreds of

pieces that, when completed, would yield a three-dimensional, scale model of the famous skyscraper.  BF reneged on his promise to help me put it together.  I only managed to get the first few stories of the building constructed before I gave up.  I disassembled what had been finished, put the pieces in the box, and placed the box on a shelf. I finally donated the puzzle to the Goodwill store.

Even though my chess skills are pathetic, I do enjoy a match game of it now and then.  The Microsoft version of it on my computer is the only one I play these days.  I’m stuck at the beginner level because I’ve only won one game.  Playing an obstinant computer just isn’t as fun as taking on a fellow human, so I don’t call up the game anymore. My friend Jorge was the only one who was willing to play an actual, physical game with me, once.

My chess board was a beautiful, glass version. The playing surface was divided into clear and frosted squares. The chessmen were divided into milk glass and cobalt glass pieces.  It looked like a work of art when set up. However, even a gorgeous chess board takes up room. It was tiresome to dust, clean, and move the thing. I ended up selling the set for a pittance.

I even put off writing about National Game and Puzzle Week until the last moment because I had hoped to tell about getting together for a game of Backgammon that had been promised by a pal. Well, he came down with a minor illness and had to bow out. 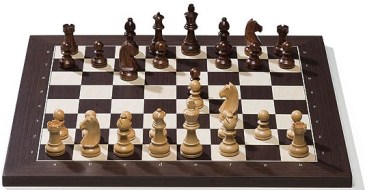 So it turns out that Game and Puzzle Week was a personal washout.  It now appears that all the games and puzzles that I used to enjoy are now quaint artifacts.

There must still be a large segment of the population who enjoys the idea of these quaint amusements because puzzles and games are still being sold. “Dungeons and Dragons” is a very popular pasttime for people who are younger than I am. I’m not into the game’s subculture, so I won’t bother trying to explain it. All I can figure out is that it is obsessive and very time consuming.

A game that has caught on with young people who have plenty of disposable income is “Minecraft”. It appears to also be very time consuming.  There are many versions of it and it’s very technology driven. The “Minecraft” trademark enjoys a large, enthusiastic fan base. It is just one, among many electronic and video games that have become popular during the past couple of decades.  Again, my peer group shows little or no interest in these, as well, so I don’t play these, either.

I decided to write this reminder about National Game & Puzzle Week because I’m sure there are pockets of enthusiasts around the country.  Enough parents have positive memories about game nights when they were children. They understand that board games and puzzles foster intellectual growth and curiosity.

University studies have shown that when families rediscover the enjoyment provided during weekly game nights, the event becomes a regular part of family life together. Parents want to have their families spend more quality time with one another, so game night is a perfect routine to start.

We also hear about research that shows that people who play board games and solve puzzles have healthier brains.  Engaging in intellectual pursuits and performing problem solving exercises appears to decrease the incidence of some forms of mental deterioration among elders.

Of course, the idea of games and puzzles is not directed at good mental hygiene.  We play games and solve puzzles in order to have fun.  The side benefits include social togetherness and mental stimulation.

I still have a conventional picture puzzle of the Golden Gate Bridge stored in my bedroom, on a shelf.  This winter, I should finally get around to putting it together. There are also those folks at the nursing home to consider.

The Blue Jay of Happiness likes this anonymous quip: “Egotism is doing the New York Times crossword puzzle with a pen.”

An eclectic guy who likes to observe the world around him and comment about those observations.
View all posts by swabby429 →
This entry was posted in cultural highlights, Entertainment, Friendship, Health, Hobbies, Youth and tagged board games, puzzles. Bookmark the permalink.

2 Responses to Games And Puzzles Week