When you had a very unique and successful outcome or project,  you may have noticed that you were very enthused about your project at the time.  We have our best, most imaginative hours when we are fully into the task and feel at one with what we’re doing. Some people explain that they do their best work when they’re “lost” in the 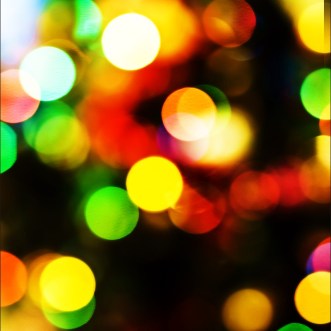 activity.  It’s as hard to define creativity, as it is to definitively describe Zen. When you try to pin your creativity down, it tends to vanish.

Creativity diminishes in an atmosphere of orthodoxy and rigid tradition. It flourishes when one’s attitude is unorthodox and liberal minded. Creativity could be defined as someone coming up with something that hasn’t been done or existed before. Creativity springs forth from the unknown. The unknown realms are feared by normal minds.

Creativity is one of the most ambiguous concepts I can think of. The number of types of creative people are as numerous as there are ideas in our heads. Common creativity can be the basic ability to adapt to change and cope with everyday problem solving. A more rare type of creativity is found in people who paint, compose music, design buildings, invent things, write books, and so forth.

It’s inspiring to think of historical figures like Ludwig Van Beethoven, Leonardo Da Vinci, Nikola Tesla, or Thomas Jefferson. It’s best to be inspired by them, not be intimidated by their reputations. Just because you think that you cannot come up with

something like alternating current or the airplane, doesn’t mean you lack creativity.

In contemporary terms we think of creative individuals as people who move in diverse directions that encompass novel aspects that hatch original solutions and ideas. We say that these people easily think outside of the box. The most noteworthy creative people are thought of as geniuses or “wizards”.

When I have read biographies of creative people, I’ve noticed that many of these imaginative giants were soundly ridiculed and derided by their contemporaries. Through strength of character and the pull of their visions they were able to maintain their liberal attitudes regarding what can and should be. They all possessed the mental qualities necessary to follow through and get things done.

Just as important was the ability to tap their imaginations. Once the well spring of the subconscious was tapped, they had numerous visions or thoughts beyond conventional concepts. Creative people enjoy frequent “flights of fancy”. It’s almost as if they have the company of an oracle. Their minds pass above and beyond the ordinary.

Conventional orthodoxy sometimes regards creative people as somehow possessed by demons.  Middlebrow thinkers feel threatened when the boundaries of tradition are breached. The orthodoxy can be violent in speech and action. Orthodoxy wishes, most of all to enforce traditional norms, so creative people must often face real dangers in society.  Galileo Galilei was placed under house arrest by the orthodox authorities because his writings violated acceptable doctrine and belief.

In earlier times, Hypatia of Alexandria was murdered by a religious mob due, in part, to their unacceptance of her genius and attainments in literature and science. Hypatia’s reputation as a wise philosopher upset the Christian leaders.  Her murder stemmed from a larger dispute between Orestes, the secular Governor of Alexandria, and Cyril, the church prefect of that city. Hypatia’s death marked a temporary end to liberal, free-thought and intellectualism.

Today, many creative, liberal people still have much to fear from oppressive regimes and orthodox mobs, but not to the extent that was suffered in olden times. A big problem, today, is that their ideas, works, and inventions will be hijacked or pirated.  People taking credit for other people’s work is an age old problem that has become more widespread lately. So there is the danger of fraud and theft.

These days, our obstacles are insidious. Corporate downsizing and staff turnovers cause a kind of hangover effect among employees at many companies. Time pressures discourage the long incubation period that is required when people develop new ideas and products. Most creative people need plenty of time to allow ideas to emerge.  In a practical sense, creative people do not fit into conventional work cultures.

I was fortunate to work in an industry that doesn’t produce widgets or solid, physical products.  Broadcasting excels in the distribution of ideas, information, and desire.  The only time constraints are deadlines for the conveyance of our words.  Monetary compensation often comes in the form of salary, instead of hourly pay, for full-time employees. This is due to the fact that creative ideas cannot be developed on an assembly line.

The creativity of broadcasting has changed to a more production-oriented, industrial model that is more conforming to markets and profit margins.  This has led to automation and less original creative output or information product. So, the pursuit of pure efficiency generally stifles creativity.

There is a lot of multitasking in all business these days. This big problem for creativity can also be labled  “distraction”. Creativity is impeded by the work environment and work culture. People are pressured to be productive and meet arbitrary deadlines. These aspects are problematic because people require time to “soak” in a problem and allow fresh ideas to sprout. The distractions and pressure take away the mental space needed for meaningful problem solving and creativity.

Even though there are many obstacles, the creative person still experiences an unstoppable intellectual productivity that springs from her or his imagination.

Because of work or social pressures, some of the most original, creative work takes place away from the workplace.  We love our free time because we can be unconstrained while we indulge in a hobby, a craft, or other creative outlet.

Creative people are at their best when they’re on their own and free to be who they authentically are. That’s why some of history’s most creative individuals are portrayed as eccentrics, or oddballs.  Inventive people don’t have “normal” minds. 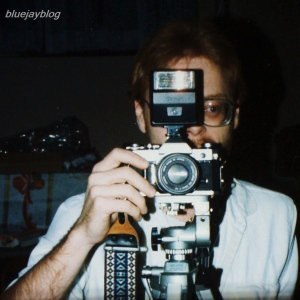 Creative people don’t need to be reminded to think outside of the box, because outside the box thinking is their default mode. The power of creative imagination comes about because of unconventional cleverness, ingenuity, inventiveness, and integrity. The extreme example of this type of person was Nikola Tesla. He was everything but normal.

We need not worry if we’re not an oddball like Tesla, or if we think we’re incapable of creating artistic masterpieces like Michelangelo did. The geniuses only expanded the boundaries of ingenuity. Who says we cannot push those boundaries out further?

The Blue Jay of Happiness asks, “Why be normal?”

An eclectic guy who likes to observe the world around him and comment about those observations.
View all posts by swabby429 →
This entry was posted in art, Contemplation, Controversy, Health, History, Meanderings, Science and tagged ambiguity, conventional thinking, creativity, orthodoxy, unconventional thinking, unorthodox thought. Bookmark the permalink.