Something About Bugsy Siegel 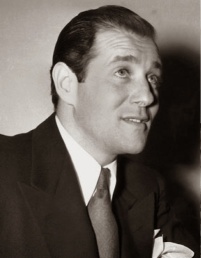 Benjamin Siegel could probably be classified as a psychopathic murderer.  His activities included hustling, bootlegging, drug trafficking, and killing.  He was capable of murdering someone without hesitation then snatch their valuables. As a criminal, Siegel was a frightful, terrible man.

On the other hand, Siegel did his best to try and fit in with the stylish, celebrity crowd.  He could act even-tempered, charismatic, and generous. He was graced with handsome, movie star quality good looks.  In fact, Siegel hobnobbed with such celebrities as Jean Harlow, Barbara Hutton, Cary Grant and George Raft.  Siegel enjoyed watching Raft’s gangster themed films and modeled his demeanor after that of the movie character. So, in a sense, Siegel was an actor in real life.

Whatever your relationship status to Benjamin Siegel, you didn’t dare call him Bugsy.  The moniker was given to him by his adversaries and law enforcement authorities. In the early 20th century, the names “Bugs” and “Bugsy” were derogatory slang terms for obviously insane people.  The two major gangsters of the time were popularly known as Bugs Moran and Bugsy Siegel. Regarding a milder character, we might think of Bugs Bunny.  The rascally rodent with risky, off-the-wall, abnormal rabbit behavior.

Benjamin Siegel was born on February 28, 1905 to Maxwell and Jeannie Siegel in Brooklyn, New York. Benjamin’s boyhood pal was Maier Suchowljansky aka Meyer Lansky. The two friends formed a gang that ran a protection racket and comitted contract murders during prohibition. After repeal of prohibition, the gang moved into gambling, bookmaking, and numbers running. Siegel had become a high ranking mobster and had allied himself with other infamous characters like Frank Costello, Al Capone, and Lucky Luciano. Siegel’s territory was the Lower East Side.

Siegel wedded Esther Krakower in 1929. The couple set up housekeeping in Scarsdale, New York. He soon became restless and left his family for Beverly Hills, California. There, he started a national horse “wire service” racket.  After awhile, Siegel moved his

family to West Los Angeles. Although the couple suffered through a stormy marriage, Siegel refused a divorce because of any potential harm a divorce might cause to his two daughters.

While en route to New York to check on his businesses there, his flight had a stopover in Las Vegas, Nevada.  While there, he scouted the casinos and determined that he could make a fortune in that city.   Eventually, Siegel claimed several casinos as his “patrons” and “provided” them with the services of his “wire service” racket.

Bugsie and his partners bought a downtown casino in 1945, and sold it the next year for a tidy profit. It was at this time that he envisioned a resort that would empower the Las Vegas Strip.  His new resort would have a Hollywood theme. Major entertainers were to  appear and celebrities would hang out at his Flamingo club. This was Siegel’s bid to belong to the legitimate world.

Meantime, Siegel’s family life completely fell apart. Esther and the kids abandoned him. She moved to Reno and got a divorce. Esther accused Bugsie of mental cruelty and obtained custody of the daughters. Meantime, Siegel lavished all of his romantic attention on his Beverly Hills girlfriend, Virginia Hill.

Unfortunately, Siegel remained a mobster.  He crossed the paths of too many syndicate bosses and inflamed their ire. On the evening of June 20, 1947, Siegel and fellow con man Allen Smiley were sitting in Virginia Hill’s living room reading the newspaper. An assailant fired several shots from a military M1 rifle, instantly killing Bugsie. Nobody was charged with the crime. There are many hypotheses as to the motive, most of them unofficially assigned blame to some sort of mob contract on Bugsie’s life.

The Blue Jay of Happiness quotes Bugsy Siegel. “Everybody deserves a fresh start every once in awhile.”

An eclectic guy who likes to observe the world around him and comment about those observations.
View all posts by swabby429 →
This entry was posted in cultural highlights, History and tagged Benjamin "Bugsy" Siegel, casinos, contract murders, horse racing rackets, Las Vegas, organized crime, protection rackets. Bookmark the permalink.