Jorge looked over my shoulder as I shared a new Russian car crash, dash cam video from YouTube.  When the video ended, I scrolled down the page of options.  I paused at the “Watch it again” row. It was mostly full of proposal videos.  My happily married friend noticed the contents and asked, “What’s this about?”

I admitted to a new-found fascination with videos of elaborate, public proposals of marriage in the LGBT community.  There are dozens of these very romantic, beautiful set ups.  The sheer numbers of these videos were not present until last year’s Supreme Court ruling on marriage equality. There are enough of them, that it seems like a new video is released every week. Of course, I won’t want to miss any of them.

Jorge looked quizzically at me, “Didn’t you just write a blog post on Valentine’s Day that extolls the virtues of being proudly single?” 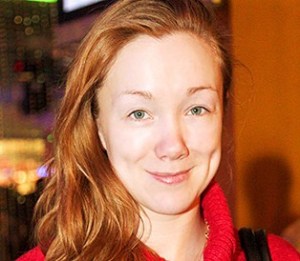 I replied that my opinions in that story are not set in stone. There is a very large part of me who has always wanted to be legally married.  The possibility of that ocurring has never arisen until last year.  Also, my current BF has made it clear that he’s not interested in taking that step.  For most of my life, I’ve had to dismiss legal marriage out of hand. I might be in denial about marriage, altogether.

I looked at my friend. “Look at you and Jose’, you can now file joint income tax returns. There is the issue about inheritance. There are no more legal barriers regarding hospital visitation rights. You have each other’s backs in many beneficial ways.”

“True, but don’t you single people enjoy more freedom to pursue your other passions? Don’t you do more meaningful work, or live more authentic lives than we married couples?”

I answered that we certainly have the freedom to do so, but we’re not much different than married folk in these ways. Most of the single people, I know, are stuck in a job that only pays the bills, and bemoan the fact that they cannot find a romantic partner.  There are still a lot of gay guys, like my BF, who are still in the closet. I smiled at Jorge, “It’s happy couples like you and Jose’ who give me evidence of coupled bliss.”

Jorge told me to start my micro-cassette recorder, because he had a little lecture for me. (Yes, I still prefer this old technology over newer methods.)

My pal confided that he was, indeed, very happily married and wouldn’t trade his relationship for the world.  I need to keep in mind that for most of history, marriage has been socially accepted and encouraged above all other arrangements. Being unmarried has been hugely discouraged and disparaged.

“Singlehood is strongly stigmatized, even these days. It’s easier for married couples to mingle in society and form cliques. Of course there are the legal and economic hurdles singles are forced to deal with. You need to remember all of this is countered by issues we married people have to encounter.

There are these over-the-top marriage proposals, financially ruinous weddings, maybe there are children to consider, and there is the ever constant matter of compromise. There is always the threat of divorce.  Straight people aren’t the only ones who divorce, you know.”

“So, what have you and Jose’ discussed about this topic?”

“Well, there are the supposed improved physical and mental health benefits; this is true for us. We like the fact that we benefit financially because we can now legally pool our resources. These good things are true for us, but not for all of our straight and gay married friends. Jose’ and I took many things into consideration before we decided to become married. One of the best things about remaining single is that, apart, both of us were more resilient. We learned to be very strong.”

I admitted that my friend is correct in many ways. Certainly there are many costs to being married as opposed to remaining single.  I have made a conscious decision to

enhance my own, personal resilience. Most of my single, straight friends have also made this aspect very important in their lives, too.

Probably one of the greatest benefits to us single folks is that we can cultivate the love of solitude. This one singular benefit is the seed for a robust emotional health, the freedom to explore intellectual pursuits, and the ability to be creative.  I have more power over the time I spend alone and the time I spend with others, including my BF. Unfortunately, too many of my single friends have not learned to love solitude.

Jorge reflected, “So it looks like whether a person is happily married or happily single, depends on our decisions to make the best of our current situations.”

I agreed, “My married friends and my single friends are mostly satisfied with their stations in life.  Some of my straight friends have confided that they sometimes wish they were still single, and some of my single friends, and I, wish we could be married.”

Jorge gave me a knowing smile, then reached over to my laptop computer and clicked on one of the proposal videos.

The Blue Jay of Happiness ponders this peculiar quote from former White House resident, Lady Bird Johnson: “Every politician should have been born an orphan and remain a bachelor.”

An eclectic guy who likes to observe the world around him and comment about those observations.
View all posts by swabby429 →
This entry was posted in Contemplation, cultural highlights, Friendship, Health, Meanderings and tagged happiness, married couples, single people, unhappiness. Bookmark the permalink.