2016 has turned out to be a great opportunity to strengthen our debunking skills and test our BS Detectors. In addition to the usual spookiness and wishful thinking that abounds nearly everywhere on Earth, we have an election year filled to overflowing with bogus claims and outragious accusations.

Today, however, I’ll leave the stupendous amount of political tomfoolery aside.  There are pundits galore who pander to every shade along the political spectrum.  I don’t 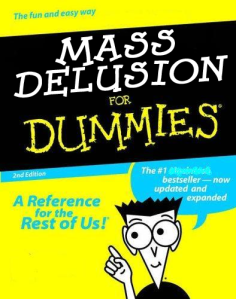 need to add my two-cents.  Besides that, any political spouting I do, won’t convince anybody to change his or her mind. All I have to say about political candidates is that we all need to be very, very skeptical and try our best to be objective. Good luck with that.

Don’t get me started on religion, either.  One man’s ultimate promise is another man’s demonic curse. It’s difficult to get an accurate count of the numbers of religions out there. Some sociologists say there is a grand total of eleven major religions for us to choose from.  If one looks at the subsets and offshoots, the numbers increase exponentially. This doesn’t account for the numerous aboriginal religions and thousands of independent contemporary wisdom teachers. I checked Wikipedia for a quick answer, but could only find a lengthy list. No, I’m not going near religion with a ten-foot pole. Everybody already has an opinion about this subject, anyway.

I like to think of myself as a skeptic, but I know that I’m still credulous and naïve about many things. I still harbor a possibly misguided belief that humankind, at its heart, is good. This belief is a remnant of my old New Age beliefs and related pseudoscientific experimentation.

I wish I could reclaim the many years I spent investigating and trying to make it all actually work.  Wake-up calls finally came to me in a couple of ways. First, what the popular press and outspoken critics had to say about people like me were patently 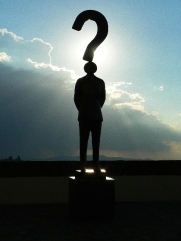 untrue. Second, I bought the audiobook The Demon-Haunted World: Science as a Candle in the Dark by Carl Sagan.  It’s not like Sagan said anything new to me, it was how he explained things that clicked a switch in my mind. There is so much real mystery and wonderment in our world and the Universe, that there is no need for magical thinking.

I no longer had to try to shoehorn explanations of human behavior into positions of planets in the Solar System or certain numbers that align with letters of the alphabet. There is so much entertainment in the headlines of supermarket tabloids regarding alien abductions, ETs, flying saucers, and faces on Mars.

What keeps my interest in skepticism active is the arrival of new popular beliefs that constantly pop up. They range from tax-dodging scams to anti-vaccine conspiracy theories. Most troubling to me are the slanders against the LGBT community.  The most ridiculous of those, claim that God causes hurricanes, tornadoes, and earthquakes to afflict certain areas because he doesn’t like gays. What’s scary about all this, is many people choose to believe these unfounded claims.

Many popular pseudoscience advocates attribute special healing powers to their particular specialties.  They cannot scientifically prove how they work nor even agree about the hows and whys. Usually there are vague descriptions about vibrations and energy emitted by celestial beings or some mystical force.

We might ask ourselves, what harm comes from believing in these things? Why not just leave it all alone?  The main answer to those questions is that people who suffer some physical or mental affliction go the pseudoscientific route first, their condition 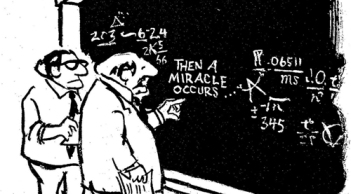 will not actually improve. Real damage will occur before they finally visit a legitimate physician.  Oftentimes, that visit is too late.

The problem I personally have with pseudoscience is that I wasted so many years searching dead-end roads to nowhere.  Those are years that could have been better spent learning a legitimate medical discipline or scientific field of endeavor.  The road down arcane, new age beliefs is a path I wish I had never been tempted to travel. It is one of my biggest regrets.  The time and money spent on such pursuits is forever gone.

There is one big takeaway.  It is best not to believe everything one sees and hears. A person doesn’t need to be cynical about life, one only needs to remain awake and discerning throughout life. Playing catch-up is quite rewarding. Someday, maybe I can become a woo-fighter.

The Blue Jay of Happiness likes this quip by Isaac Asimov:  “The true delight is in the finding out, rather than in the knowing.”

An eclectic guy who likes to observe the world around him and comment about those observations.
View all posts by swabby429 →
This entry was posted in Contemplation, Controversy, cultural highlights, Health, Meanderings, Politics, religion, Science and tagged Astrology, Carl Sagan, New Age beliefs, numerology, pseudoscience, woo. Bookmark the permalink.