My great-uncle Ivan sometimes reminded me that as we age, we can become set in our ways and more fearful of life.  This is a problem the wise person monitors and gently works to avoid at all costs.  For a couple of years, I saw, close-up, how he applied this observation to his own life.

Uncle Ivan was a very strong-willed man with some equally strong opinions. To the outsider, he may have seemed to be quite conservative.  He really was not.  Uncle Ivan examined his own life and observed people he interacted with.  He was unafraid of changing his behavior and some of his core opinions. People could never really pigeonhole Uncle Ivan. 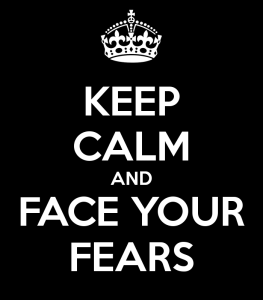 During the time I lived in close proximity to Uncle Ivan, he served as a grandfather to the boy who lived with me, as a father to the boy’s mom, and a surrogate father to me.  He had a lot of legitimate wisdom to share, if one was willing to meet him on his own terms.  His honest relationship with fear made him deserving of respect and friendship from many other people.

We frequently visited, with Uncle Ivan doing most of the talking, while strolling through his lush, backyard garden. It was during those times I felt closest to him. That place is where he often warned me about the dangers of becoming more fearful as we age.  He was the first person to advise me to face my fears and never back down from that duty.

Uncle Ivan advised me to honestly search for my greatest fear and face it.  Even if it takes my entire life to deal with it, never give up and run away from it. Facing my greatest fear is my life quest.

We all harbor fear.  Regardless of our station in life, there is no getting away from it. We may notice certain phobias and work to diminish them, but the fact of underlying fear still lingers below the surface.  The bravest war heroes humbly admit to being filled with fear as they performed their greatest acts of courage. They faced their fear and forged on, regardless of the probable consequences.  It is foolish to ignore fear and equally foolish to surrender to it.

Fear makes the mind dull. Fear is at the root of ignorance, prejudice, and hatred. Fear destroys freedom. Beware of people who foster and pander to your fear, but do not be afraid of them. Study your adversaries and find out how they are affected by fear and how they attempt to channel it to manipulate you.

The symptoms of fear include dishonesty, shallowness, possessiveness, and irrationality. This comes about as one avoids investigating the darkest places of the mind. The fear to face is psychological fear, not the natural fear of physical danger such as being mindful of the dangers of wild animals or speeding cars and trucks in traffic.

There are many ways to escape fear and place it on hold for awhile. We can avoid the fear of boredom and take up a hobby.  We can escape the fear of loneliness by pursuing a relationship. We can dull our perceptions of fear by over indulging in drink, drugs, food, and media. We can disguise our fear of others by surrendering to prejudice and hate. In the end, fear remains to be faced. How do we escape from fear? Do we read a book, surf the Web, cling to some form of dogma or belief? 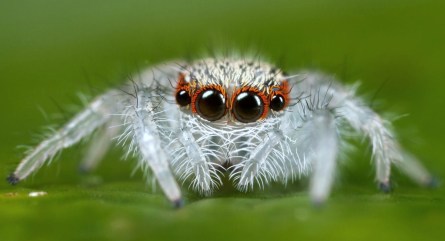 Fear is like hunger, it can be satisfied for awhile, but it always exists in the background of our lives.  Fear is not effectively addressed by memes on the Internet nor happy proverbs repeated by our friends. Uncle Ivan once said that he still had to work on his fear.  We work on and face our fear or we will submit to authority and cage our minds in beliefs.

We can face our fear and discover that fear is simply the non-acceptance of what is. The task of acceptance is another way of facing our fear. Looking at fear in this manner helps us tackle our task from a different angle. It makes the never-ending responsibility of facing fear seem more humane.

The Blue Jay of Happiness likes this bit of wisdom from Salvador Dali: “Have no fear of perfection–you’ll never reach it.”

An eclectic guy who likes to observe the world around him and comment about those observations.
View all posts by swabby429 →
This entry was posted in Contemplation, Health, Meanderings, Youth and tagged acceptance, conquering fear, fear, phobias, points of view. Bookmark the permalink.