Who Was Benjamin Banneker? 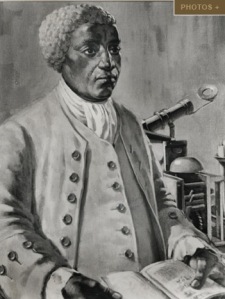 Benjamin Banneker was an anomaly of the place and times of his life.  He gained some measure of acclaim as an astronomer, author, inventor, mathematician, naturalist, surveyor, and farmer.

Banneker was born on November 9, 1731 in Baltimore County, Maryland Province, British America. He was the son of a former slave and an African-American woman.  Like many people of that time, Banneker was self-taught.

His inventive genius was uncovered by taking things apart and putting them back together to figure out how they worked. At the age of 22, in 1753, Banneker borrowed a pocket watch from an acquaintance and took it apart. He studied it, then reassembled it and returned it to the owner.  From there, he built a clock from carved, wooden pieces. Banneker’s device was quite precise and kept time until his death. His clock was reputed to be the first one built in the American colonies.  As a result, he opened his own watch and clock repair shop.

The clock was only his opening gambit. Banneker’s curiosity led him to borrow books about mathematics and astronomy. He eagerly applied his new knowledge by predicting the 1789 solar eclipse. He further practiced his skills by the publication of his Almanac and Ephemeris of Pennsylvania, Delaware, and Maryland. The booklet was published annually for more than a decade. Banneker sent a free copy of his almanac to Secretary of State Thomas Jefferson along with a letter that challenged Jefferson’s negative view of blacks and advocated the abolition of slavery.

Jefferson was impressed by Banneker’s intelligence and skills, so he recommended that Banneker should join a team of surveyers marking the city plan of Washington D.C.  President George Washington ended up appointing Banneker as part of the three member team to work on the project.

His contributions to the city survey included astronomical observations in Alexandra, Virginia to determine the starting point of the survey location. Banneker was assigned to maintain the clock to relate ground locations to stellar positions at specific times.

Unfortunately, he had to leave the survey just prior to its beginning due to health problems. During his recuperation, Banneker worked on another ephemeris.

In his later years, Banneker lived alone and continued work on his almanacs. He sold parcels of his land and rented some of it out. Benjamin Banneker died at the age of 74 on October 9, 1806.  His home, most of its contents, along with the famous wooden clock, caught fire and was destroyed on the day of his burial.

An eclectic guy who likes to observe the world around him and comment about those observations.
View all posts by swabby429 →
This entry was posted in Gadgets, History, Science and tagged agriculture, astronomy, Benjamin Banneker, engineering, George Washington, mathematics, science, Thomas Jefferson, Washington DC. Bookmark the permalink.