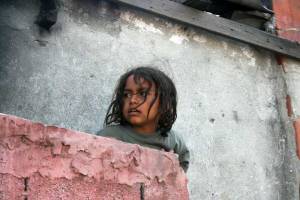 Do you notice children on the streets at the times they are supposed to be attending school?  Do you ever wonder why they’re where they should not be? Some of those kids are not merely truant.  They’re street children.

Street children aren’t only found in developing nations or large cities, but these places are their main habitats.  Street children are not a recent phenomenon either.  They have been a part of society throughout history.

Contrary to what most of us think, the majority of street children have not been orphaned. Plenty of them remain in touch with their families to some extent. There are various reasons the kids are working or living on the streets.

Often times, they are busy supplementing family incomes.  Several others are runaways from abusive families. They are escaping psychological, physical, or sexual abuse. In many instances, they have been thrown out of their homes by religious parents. In the United States 40-percent of homeless youths are LGBT children. It is awareness of this figure that increased my concern for street children.

Homeless kids usually experience serious family problems that result in their homelessness. LGBT youth are twice as likely to suffer physical and/or sexual abuse before puberty. After they are kicked out of or run away from home, children are at great risk for health problems, further physical and sexual abuse, and unsafe sexual behavior. About 50-percent of LGBT homeless kids have been sexually exploited compared to around 33-percent of straight kids. Furthermore, LGBT homeless kids are about seven times likelier to suffer sexual violence than their heterosexual peers. Because of the abuse, homeless LGBT youth kill themselves at a higher rate than homeless heterosexual kids–approximately 62-percent compared to 29-percent.

Regardless of sexual orientation, street children are vulnerable to every form of abuse and exploitation imaginable.  Furthermore, street children find themselves targeted by police. They are frequently harrassed, rounded up and sometimes incarcerated. Just in order to survive, street kids often must commit crimes or participate in prostitution.  In some countries, throwaway kids are murdered by self-righteous vigilantes, often with disregard or complicity of police and authorities.

Most problematic is that street children have been demonized and further shunned by mainstream society.  However, in doing so, all of society is negatively affected by the lost talents and energy of street youth. Aside from becoming trapped in extreme poverty, the children and youth have fewer occupational skills and remain jobless. To compensate, they too often must resort to crime. 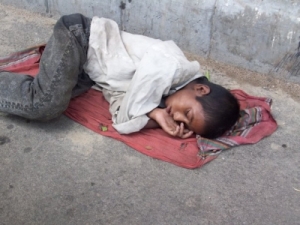 Despite the harshness of street life, many of the kids have adopted the term “street kid”. It gives them a sense of belonging to a group and identity. Each child who lives and works the streets does so for a range of reasons and in many ways.  Each kid justifies his or her way of life with a unique, strong point of view.

It appears that street children will continue as a reality in our increasingly urban world. Their numbers will only increase. Currently, the United Nations estimates around six out of ten urban dwellers to be under 18 years of age.  Many of them are street kids.

This is the situation with street children. How can we be allies and helpers in the epidemic of homelessness?

An eclectic guy who likes to observe the world around him and comment about those observations.
View all posts by swabby429 →
This entry was posted in Controversy, Politics, religion, Youth and tagged children, homelessness, poverty, street children, youth. Bookmark the permalink.