Memories of the AIDS Epidemic

Sometimes on weekends, I get a nostalgic urge and pull out one of my photo albums. The kind of albums that are actual cardboard and paper with plastic sheaths to protect actual paper and emulsion photographs.

Yesterday, the photos from the late 1970s and early 1980s were those that just happened to come up. The pictures of my friends from back in those days triggered memories of the health epidemic and how it would affect my circle of friends and acquaintences. What eventually came to be known as AIDS hit close to home.

The late 70s and early 80s were heady times in the gay community. Many advancements in civil rights were beginning to fall in place and were accompanied by vehement backlash from the religious right. Personally, I came out at work in 1979. The acceptance by my coworkers and grudging tolerance by management gave me great peace of mind. I felt very lucky, happy, and excited by what looked to be a promising future.

In those pre-Internet days, I kept in touch with the community by reading magazines like The Advocate, and Christopher Street. It was in 1980 that news stories began appearing in these magazines about unusual diseases and infections cropping up in the gay ghettos of major cities in the US. One noteworthy, rare cancer began showing up in homosexual men, drug addicts, and a few heterosexual women.

In June of 1981 scientists and doctors looking for the cause of the malady began piecing together various cases of the peculiar, very deadly syndrome and began calling it an epidemic. They gave it a name that would strike fear into the hearts of people in the community. Mainstream newscasts began informing the public about GRID or Gay Related Immunodeficiency. 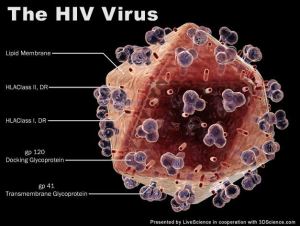 Soon, people became aware of the Centers for Disease Control and Cancer Institute in Bethesda, Maryland. News reports about this new epidemic told of new cases of GRID and that health officials feared that tens of thousands of homosexual men may have the condition. They could be at severe risk of developing diseases like Kaposi’s Lymphoma, pneumonia, and autoimmune disfunctions.

GRID developed rapidly in each victim. Thousands of patients suffered severe weight loss, debilitating infections, and died for lack of effective treatments and cures. As the epidemic was discovered in non-gay populations, the disease was renamed from GRID to AIDS–Acquired Immune Deficiency Syndrome.

The blowback from adversaries of the gay community was fierce and hateful. There were calls for rollbacks of recent civil rights gains. Radical religionists cruelly insinuated that AIDS was a punishment from God.

The combination of a mysterious, deadly disease without a cure, the attacks by outsiders, and the lack of a meaningful government response caused a seige mentality within the community. AIDS had become a crisis in a purely health-related sense, and a civil rights sense. It was at the root of many sleepless nights when people like me worried if or when we might come down with AIDS and suffer a painful, disfiguring death.

The fears were justified because nearly everyone knew at least one person who had come down with AIDS. The fate of many victims was worse because of rejection by their own families. Ad hoc support groups sprung up in cities that were most affected by the epidemic. If the AIDS epidemic had a silver lining, it was the galvanizing effect on the community.

Where families of birth failed us, the lesbian community stepped in and took charge and provided care and compassion for their dying male comrads. It was around this time that the various factions of the community coalesced into something like its present form. We began to call ourselves members of the GLB or LGB (Lesbian Gay Bisexual) community.

It was amazing to be a small part of this newly re-energized community of activists. This was a stark demonstration of the power of unity. The community was no longer under seige. It was taking the first baby steps of assertiveness.

The community captured the initiative to battle the epidemic and to advocate for proper treatment and care of individuals who suffered from the disease. We became united in the good fight. From adversity came strength.

There is still no cure for HIV AIDS and people from many backgrounds in many nations continue to become infected. Fortunately for those who receive early diagnosis and treatment, the outlook for a healthy, longer life is bright.

The epidemic still rages on in many developing nations. Social stigma and inadequate treatment present obstacles. Education about and prevention of HIV AIDS are foremost in importance. Further research into treatments and possible cures must continue. Compassion and care are especially needed for people who are afflicted by the condition.

An eclectic guy who likes to observe the world around him and comment about those observations.
View all posts by swabby429 →
This entry was posted in Controversy, Health, History, Politics, religion, Science, Youth and tagged AIDS, GRID, HIV, LGBT history. Bookmark the permalink.

1 Response to Memories of the AIDS Epidemic