My friend Jorge brought up Vice-President Aaron Burr’s name during our conversation about our personal shoulda coulda woulda regrets the other day. Jorge said that Burr probably had some second thoughts about his duel with former Treasury Secretary Alexander Hamilton. Hamilton was wounded in New Jersey and later died in New York.

As one would expect, there was a great deal of controversy and public debate that took place in the aftermath of the duel. Burr had been charged with many crimes and murder in New Jersey and in New York. However, his cases never went to trial.

We consulted my dictionary of famous quotations to find out if Burr had anything to say that might be connected to the tragic incident. There was one quote from Burr that stood out, “Never do today what you can do tomorrow. Something may occur to make you regret your premature action.” Jorge and I agreed that Burr probably worried over this “shoulda” the rest of his life.

We’ve heard or read that we need to get rid of all of our regrets and move on. People tell us to stop dwelling in the past and move on. Some light-hearted techniques have been suggested for us. As if writing down our regrets and then burning the paper will solve anything. The trouble with that is, we might regret igniting the ensuing bonfire. Why risk getting charged with arson?

If you’re a list maker, perhaps a list of personal shoulda coulda woulda things can be composed. This wouldn’t be used to mull over the regrets, but to reconcile with oneself, and, when possible, to ask for forgiveness of others.

The list will show us the lessons we learned that helped us become the people we are today. If we hadn’t made mistakes we would not have had personal learning and growing experiences.

The list can be completed by adding the hopes and dreams that we did not act upon. There are undoubtedly many that we cannot ever do because the opportunities to do them have slipped away. On the other hand, there might be one or two that we can still do. We can either commit ourselves to following through on them or we can let them go and continue without regrets. Since it is the inaction that we find most difficult to forgive, writing a list may help us to face the hopes and wishes head-on and stop avoiding them. 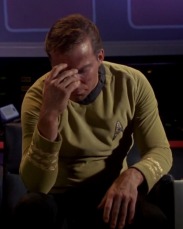 Jorge said it took a long time for him to learn to think well of himself and to accept even the warts of his behavior. From this, he said it was easier to love himself, and in turn, other people–warts and all. Jorge said in doing so, he became much less mean and resentful.

The time to deal with our shoulda coulda woulda list is now.  Despite Internet memes that claim, “you’re never too old to…”, we know they’re just not true. Some day, if we live long enough, we will be too old to struggle out of a chair or our nursing home bed. Then, we may spend the rest of our lives ruminating over our past neglects.

Regardless of age, we can honestly look at our shouldas couldas wouldas. Deal with those we are willing to undertake and let go, forever, of those that are unrealistic and those for which the moments of opportunity have vanished. We can learn from our regrets and then move on. Life is too short to do otherwise.

The Blue Jay of Happiness quotes Yoko Ono. “The regret of my life is that I have not said ‘I love you’ often enough.”

An eclectic guy who likes to observe the world around him and comment about those observations.
View all posts by swabby429 →
This entry was posted in Contemplation, Health and tagged Aaron Burr, Alexander Hamilton, hopes, regrets, resolutions, wishes. Bookmark the permalink.