I Wonder About Hostility

It’s the elephant in the room that is on our minds and not well-hidden these days–hostility. Of course, people have been hostile as long as there have been people. It ebbs and flows throughout civilizations. It causes wars, genocide, and discrimination against our fellow humans. Religious thinkers, philosophers, psychologists, novelists, poets, and laypeople have contributed massive amounts of writings to the huge collections of literature about hostility. These days hostility is really flowing deep in our civilization. 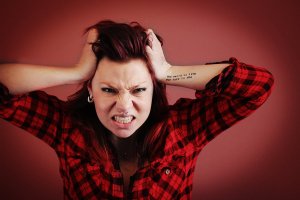 Hostility is as common as air, yet it is still a puzzling phenomenon to us. One manifestation of hostility has been in and out of the news lately, bakers who refuse to bake cakes for  LGBT weddings. The owners of businesses that exist to serve the general public say they refuse to bake such cakes because it violates their sincere interpretation of Christian beliefs. As we know, the cake controversy has caused quite a kerfuffle amongst religionists and the gay community.

I’m not a disinterested party in this matter because the possibility and desire to legally marry my partner has lingered in my mind ever since I met him. A possible marriage has nothing to do with violating anybody’s “sincere beliefs”. It has everything to do with love and devotion between him and me. If the local bakery should refuse to bake our wedding cake, it will seem less like an issue of religion and more of an issue of hostility that is justified by a religious opinion. Baking the cake is not the real issue because millions of good believers treat others as they want to be treated by other people and couldn’t care less about cakes.

It is this clash of points of view that reveals covert hostility. The cake controversy becomes publicized and politicized. The cake as a simple expression of joy and love becomes debased as just another hot-button political issue. The absurdity of the cake debate is obvious to people not involved in the legal hostility over cakes.

We can all think of situations that far outweigh the wedding cake problem. Throughout history, belief systems, countries, and regimes have flexed their muscles of destruction and pain by tapping into the people’s vice of hostility. Nazis were not the first Europeans to impose pogroms upon their Jewish neighbors.

It’s easier to understand hostility based in the desire for land, riches, and power as in the epic wars between Rome and Carthage or the Cold War between the Soviet Union and the United States. It’s more difficult to understand the hostility a family has towards it’s own members that they justify with abstract beliefs.

Regarding the subject of hostility, I have read books, attended lectures, watched videos, and participated in public discussions about it. They have provided intellectual explanations about it. Yet, personally and subjectively, I cannot wrap my emotional mind around the justifications for hostility. The reasons seem contrived, dishonest, and delusional to the core.

This is just my view. Millions of other people see hostility manifested in their lives, in different ways.

It once occurred to me that hostility is just an ego trip. On the other hand, deep, dark hostility remains an enigma.

The Blue Jay of Happiness is thinking about this statement from television journalist Charles Kuralt: “There are a lot of people who are doing wonderful things, quietly, with no motive of greed, or hostility toward other people, or delusions of superiority.”

An eclectic guy who likes to observe the world around him and comment about those observations.
View all posts by swabby429 →
This entry was posted in Contemplation, Controversy, cultural highlights, History, Politics, religion and tagged acceptance, hostility, intolerance, LGBT community, oppression, pogroms, tolerance. Bookmark the permalink.