The rebellious nature of teens is betrayed by their desire to copy their peers’ fashions. My sociology professor said something to that effect one day in class. The thought has remained with me all of my adult life. He did not intend the statement as an insult, it was part of the day’s lesson.

The instructor pointed out that we students were part of the generation that was protesting almost every institution and every authority figure imaginable. He was correct. Not only did we protest the war in Southeast Asia, there was the sexual revolution going on at the same time. Liberation movements were the thing. Minority groups were becoming more assertive, as well.

The professor’s lesson came to mind yesterday while I was waiting in line to pay at the local Walgreen’s store. I couldn’t help overhearing two youth’s conversing about the current state of national politics these days. The popular word “sheeple” was used a few times during the discussion. That word stuck in my craw.

Why are we such sheeple, or followers? Why do so many of us put so much stock in authority figures, politicians, and pop stars? Why are we such conformists?

The sociology professor was correct. While we were out protesting the status quo, most of us donned tattered blue jeans and wore our hair long. In effect we were wearing a uniform of non-conformity. The irony of that was not only amusing, but frustrating as well.

There are upsides and downsides of being followers. We are able to have nations, tribes, and families because of this urge. We also fall prey to authoritarians, cults, and malevolent gangs.

Is this behavior based on some sort of instinct, or do we follow because that’s what we were taught?

Unless we’ve been abandoned and become feral humans, we cannot escape early conditioning by at least one parent figure. This training is necessary in order for us to function as human beings in a social context. This continues in kindergarten when we learn how to play king of the hill and follow the leader. It is during school that we learn to obey non-parental authority. We do what the teacher tells us to do, or we will be punished in some way.

It is during our school years that we coalesce into cliques or groups of friends. This is when the motives for following become more ambiguous. Perhaps the child is attracted to the clique that forms around the “popular kid”. Similarly, maybe the child wants to be part of a group because she does not want to be left out, on her own. Then there is the aspect of shunning. We hate to be left “out in the cold”, alone. We are approval seeking creatures.

Herd mentality has been with our species all along, and will probably be an integral part of humanity in the future. If you observe others and yourself, you will see that the majority of people watch to see what others do, then follow their examples. 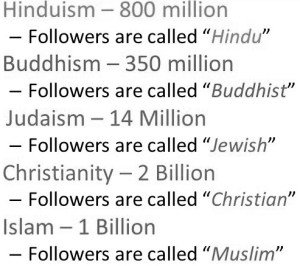 Being followers can have very dark consequences. One of the most infamous authority figures in history was Der Führer (the leader), Adolf Hitler. Millions of people passively followed him down the garden path of destruction and death. Even today, there are legions of neo-Nazi sheeple who worship Hitler’s evil persona. Aversion and hatred are harsh taskmasters.

On a lighter note, an example of follow the leader happened at a Democratic Party fund-raising event in Norfolk, Nebraska in 1993 that I attended. Former Nebraska Governor, Navy Seal, and Congressional Medal of Honor recipient, Bob Kerrey, was running for re-election to the U.S. Senate. There were several important local figures and dignified people in attendance who were dressed in suits and neckties for the occasion.

When Senator Kerrey walked into the meeting room, people noticed that he was not wearing a necktie. There was a soft murmuring around the room with the important community leaders whispering that they were going to remove their ties. I had to stifle the urge to laugh as I observed various “big shots” remove their neckties, roll them up, and place them in their pockets. That is the only thing I remember about the fund-raiser. I wonder what was going through Mr. Kerrey’s mind as he watched the men removing their ties.

Regardless of our own self-images of being dependent or being independent, some part of us will compel us to be followers. The important thing to do is to pay attention to when we follow and when we go our own ways.

The Blue Jay of Happiness quotes Wolfgang Amadeus Mozart. “I pay no attention whatever to anybody’s praise or blame. I simply follow my own feelings.”

An eclectic guy who likes to observe the world around him and comment about those observations.
View all posts by swabby429 →
This entry was posted in Controversy, cultural highlights, History, Hometown, Politics, religion and tagged Adolf Hitler, conformity, followers, leaders, Robert Kerrey. Bookmark the permalink.

9 Responses to Thoughts About Followers