There’s a popular expression that many of us like to use regarding fault-finding. “When a man points a finger at someone else, he should remember that four of his fingers are pointing at himself.” One could also say that the English lawyer, Louis Nizer, was, himself, in error. The modern version of the reminder says, “…three of his fingers….”

One of the most difficult, personal, acts we face is admitting we are wrong. It’s much easier to rationalize our beliefs and other opinions than it is to do an honest self-examination of them. It’s far easier to accuse another person of being in error than it is to accuse ourselves. Anyway, the blame game doesn’t really work. We only get bogged down in a quagmire of quarrels.

This observation should not be taken to mean that we should unjustly degrade and condemn ourselves. True self-examination is not meant to harm our self-esteem. Also, this is not to discount the reality of actual injustice and criminal behavior of others. It’s not about blaming the victim. The purpose is to strive towards a more honest picture of ourselves and our most cherished beliefs. When we get tired of seeing the world as our enemy, we can step back and take a closer look at what we believe.

When something goes wrong, it’s very tempting to assign all of the blame to other people. We seem clueless about the part or role we played in the mishap. It’s hard to accept that we might have contributed to the unhappy result. While we tell ourselves it wasn’t our fault in order to make ourselves feel better about ourselves, it is ultimately a self-defeating thing to do. 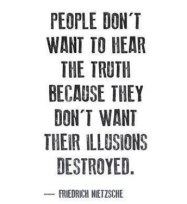 Was there something we could have said or done that we did not say or do? Would that have made a positive difference? Is there another way of looking at the situation? Is there an adjustment we can make to our attitudes that will improve the chances of living a more peaceful, happy, successful existence?

When I was much younger, I got sidetracked into believing in astrology. It was interesting to attribute certain aspects of personality and behavior to positions of the Sun and planets in relation to the Earth at the time a person was born and that relates to the present moment. For a few years, astrology was my overall philosophy about life. It seemed to explain everything literally under the Sun. It’s sobering to admit this was a fundamental belief I strongly held.

It was a slow process that was triggered by the realization that  to “shoehorn” life into the boxes of astrological definitions was getting me nowhere. It provided excuses as to why I was spinning my wheels in the

effort to get through life. It was a diversion that was distracting me from honest living. Eventually, I lost faith in astrology and was able to relate it to it as a parlor game that I sometimes still play for amusement.

Even though letting go of astrology was a huge, life-changing event, there are still beliefs and thoughts I hold onto out of stubbornness. After all, we humans tend to become easily attached to stuff and ideas. If certain concepts dovetail with our view of life, we adopt them. We often adopt our opinions and beliefs simply because they “feel right”. Even the most seasoned skeptics can easily fall into this trap.

In the continual process of life improvement, it is important to see the role that egotism plays. Does denial of an error serve some aspect of our self-image? Does the belief make me feel special and exclusive? Does the belief make it easy to categorize other people as somehow lacking in virtuous qualities? What else do I have invested in a particular concept? Does this concept harm anybody or anything? What else have I been wrong about?

These are questions I ask myself from time to time. It seems to work, for now. Of course, I could be wrong about all of this.

The Blue Jay of Happiness quotes writer Ken Kesey, “You don’t lead by pointing and telling people some place to go. You lead by going to that place and making a case.”

An eclectic guy who likes to observe the world around him and comment about those observations.
View all posts by swabby429 →
This entry was posted in Contemplation, Controversy, Youth and tagged error, illusions, mistakes, personal truths, truth, wrongness. Bookmark the permalink.