Former Nebraska Governor and U.S. Senator Bob Kerrey harbors a lot more wisdom than just about any other contemporary politician who comes to mind. The Purple Heart Medal recipient evidently has done a lot of thinking and contemplating since his service in Vietnam. Kerrey has evidently learned a lot about compassion because it shows in his actions and words. He once said, “Unexpected kindness is the most powerful, least costly, and most underrated agent of human change.”

Despite his very public persona, Kerrey seems, at heart, an introverted man. He has apparently thought a great deal about the destructiveness of war and in the process has learned a lot about our shared humanity. Whether or not Kerrey conversed with Vietnamese Buddhists, I don’t know. It does seem that he may have somehow learned something about their culture.

An important aspect of Buddhist teaching is the cultivation of metta. This is loosely defined as the states of benevolence, universal friendship, universal kindness, universal love, or “loving-kindness”, but it goes much further than these simple definitions. It is one of the four virtues–compassion, equanimity, joy, and metta.

These virtues are common to all schools of Buddhism and they are not restricted to practicing Buddhists. Some version of these virtues are present in most other religions and several secular ethical philosophies.

In short, metta is caring and intending well-being for other people. The intent is to accept people for who they are regardless of whether we agree or disagree with them. This is done with no desire to obtain anything whatsoever from them in return. One result of this practice is that we can experience, true, authentic joy about someone else’s happiness. Fortunately, metta is something anybody and everybody is free to practice. 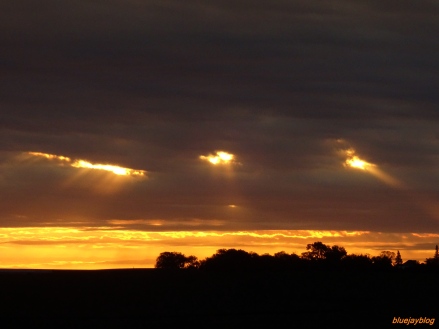 The practice of cultivating metta is simple and easy for anyone to do. It can be done when we contemplate life or it can be incorporated as a part of one’s daily, formal meditation. There’s nothing exclusive to Buddhism nor anything esoteric nor cult-like about metta cultivation.

One short and simple exercise is the mental act of sending and receiving or Tonglen.

Close your eyes and visualize the armor one has built around the heart made up of the egoism, self-pity, and selfishness that hardens the heart. Visualize it softening with each intake of breath.

Think of someone who is or has been very special to you. Turn your whole being into feeling any suffering she or he is suffering and visualize it as hot smoke that vanishes into the space of the infinite compassion of the heart. It is transformed into healing and mercy which you let out through the out-breath.

Once you visualize this happening for your loved one, go further by sincerely thinking, in stages, of people in your neighborhood, region, nation, and the world. Visualize people you like, people you feel indifference towards, and finally your adversaries. Smoke comes in. Refreshing mercy goes out.

Metta practice is not just some sort of religious ritual. It is the intent to think of and act towards other people in a loving way.

As wise teachers have often taught: speak kind words, avoid conceit and greed, wish no harm upon another. The more one practices and studies the results of this practice, new layers of profoundness can be discovered.

It’s difficult to find precise words for the benefits this practice provides to oneself and to others. The word “metta” will have to suffice for now.

The Blue Jay of Happiness quotes Kahlil Gibran the second day in a row. “Tenderness and kindness are not signs of weakness and despair, but manifestations of strength and resolution.”

An eclectic guy who likes to observe the world around him and comment about those observations.
View all posts by swabby429 →
This entry was posted in Contemplation, Friendship, Health, Politics, religion and tagged benevolence, Buddhism, compassion, equanimity, joy, love, loving-kindness, metta. Bookmark the permalink.