When some catchy music comes on the radio or your device, do you tap your toes? Do you sway your body or nod your head? If you’re all alone, do you actually dance? Well, I do. I’m a private dancer. I’m sure there must be millions of folks who are also private dancers. 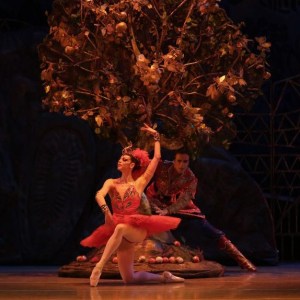 If you saw yesterday’s blog post, you found out that the Floral Friday was inspired by a ballet score. Even though I wasn’t schooled in the art of ballet, I love to see and hear it. When I hear a ballet at home, the eyes close and I pretend to dance it.

When I was younger, I enjoyed a more public form of dancing. I could hardly wait for the weekends. That’s when my friends and I headed out to the discotheque for the pounding beats and disco dancing. Do you remember the Disco Era? In my opinion, Disco was the last style of popular artistic club dancing. It drew upon it’s predecessors in rock and roll, swing, and ballroom dance. The term “fancy dancer” described disco dancers to a tee.

A great deal of joy was lost when the killjoys who started the “Disco Sucks” movement muted the music and killed popular dancing. Disco didn’t remain dead for long. It reiterated itself in new forms. Trance, Techno, and others emerged from Disco, phoenix-like, from the ashes and continues to evolve in new forms. Unfortunately, few if any modern artistic dance moves have accompanied it. However, it’s refreshing to see young people at least dance en masse and in place.

My current music library contains a great number of Trance, Techno, and other upbeat electronica. Most of my peers do not understand nor enjoy it. The young people in this part of the country who also like it are a very rare breed. Hence, there are no longer any venues like discotheques nearby. That means, any dancing I do takes place in the privacy of home.

Oftentimes I patch the music device into the stereo, choose a contemporary DJ mix (usually Trance), then the mood lightens, and the solo dancing commences.

I wish my boyfriend enjoyed dancing. He has only joined my impromptu dance sessions a few times and then only for less than half-an-hour. So, again, dance remains my solo, private art. 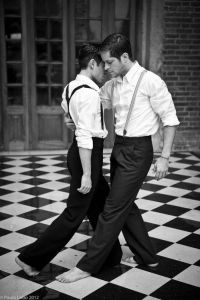 I remember taking ballroom dancing as a physical education elective in college. It was great fun. What was learned became integrated in my personal Disco club style later on. These days, there seems to be zero interest in that type of dance nor Big Band/Swing music. Several years ago there was a very brief resurgence of Swing, but it didn’t last much longer than one year. I danced only a few New Swing dances with a friend in Omaha, but that was the only time.

There’s something very enticing and exotic about music from the Middle East that is appealing. I decided to look into the art of male belly dancing. Six years ago I bought a couple of Belly Dance compact discs from the music/book store. As far as I knew, nobody in Nebraska

seriously taught belly dancing, so YouTube had to suffice for lessons.

Belly dancing is a beautiful art-form for any gender to perform and watch. It’s too bad I didn’t discover it much earlier. Perhaps life would have turned out differently if Middle Eastern dance had been integrated into my 20s lifestyle.

Anyway, Belly Dancing is something I rarely do anymore, and then, strictly in private. Until this blog post was published, only a few of my friends even knew I harbored an interest in the art. Perhaps I should do more Belly Dancing. It’s a good way to stay in shape. It keeps the back muscles limber and it aids in overall general body coordination. Just like all forms of dance, it’s a great way to let go and just experience living.

The Belly Dancing will have to wait. There’s an old cassette filled with extended dance mixes from the Disco era ready to play this weekend. It’s time for some private dancing.

The Blue Jay of Happiness quotes the 18th century English poet Alexander Pope. “Those move easiest who have learn’d to dance.”

An eclectic guy who likes to observe the world around him and comment about those observations.
View all posts by swabby429 →
This entry was posted in art, cultural highlights, Entertainment, Hobbies, Hometown, music, Youth and tagged ballet, dance, Disco, lifestyles, swing era, techno, Trance. Bookmark the permalink.