Have you ever engaged in a heated quarrel with someone who seemed to disagree with every example you put forward and disavowed all the anecdotal evidence you presented? In turn, did you also find her clever examples and evidence appear inaccurate? Did you become so frustrated with each other that you reached an impasse and called a time out?

Did you then decide to set aside your precious preconceived notions about the topic and decide to listen with “new ears”? Then she restated her argument in more or less the same terms, but then the light bulb of understanding turned on in your head. Suddenly you realized that both of you were on the same page, all along. She and you only had vastly different ways of expressing yourselves.

This is one example of the way people talk past one another each day. We hold similar values but we have cognitive differences (not dissonance) that are uniquely our own. We understand the solutions to problems or ways to complete a project in ways that make us seem maladjusted to accepted societal norms. Vive La Différence! 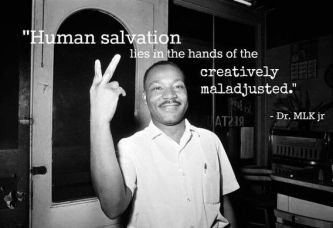 This week we celebrate one of my all-time favorite commemorative weeks–Creative Maladjustment Week. It was directly inspired by Dr. Martin Luther King, Junior’s idea for creative ways to encounter our unjust society. The activist’s aim was to come up with new ways in which we can deal with injustice, oppression, and hatred in new ways. King also thought of creative maladjustment as how we see the same things in different ways than others. You might say we each operate from different paradigms.

If you might be the “black sheep” in your family because you don’t quite fit in with your family’s traditional culture, you’re probably creatively maladjusted. You positively live your life in ways that your family or society have never considered.

One of the most amazing creatively maladjusted persons I’ve ever heard of is Masahiro Kikuno. He’s a mid-30s master watchmaker who meticulously creates unique, complex wristwatches according to his own rigorously traditional ways. His inspirations are the master artisans who built traditional Japanese clocks in the 1800s. 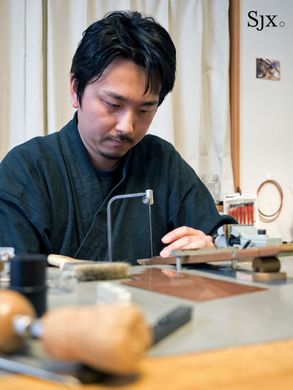 Kikuno took courses at the Hiko Mizuno School of Watchmaking that specializes in mechanical watch repair. While excelling in the courses, he also taught himself creative watchmaking on his own initiative. He came to prominence in the global, exclusive watchmakers community with his adaptation of the very complex “Myriad Year Clock” that was built in the 1800s by master craftsman Hisashige Tanaka. Kikuno’s unique, intricate timepiece debuted in 2011 at the prestigious watch conference, “BaselWorld” in Switzerland.

Except for the watch crystals, jewels, hairsprings, and mainsprings, Kikuno fabricates all of the components of his watches himself in his small workshop and a garage. If you are interested in Kikuno’s work, there are examples on the Web and YouTube. I highly recommend that you investigate his accomplishments. 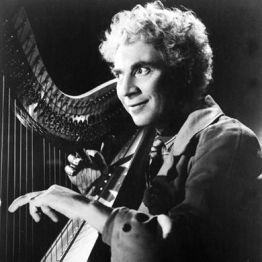 Whatever the subject matter, be it watchmaking, cooking, writing, painting, photography, social activism, medicine, or something else that is close to your heart, this is the week to actively engage your version of creative maladjustment.

The Blue Jay of Happiness likes this statement by Dr. Martin Luther King, Junior: “.I must honestly say to you, as I’ve said before, there are some things in our nation and in our world of which I’m proud to be maladjusted, which I call upon all men of goodwill to be maladjusted until the good societies realize. I must honestly say to you that I never intend to become adjusted to segregation and discrimination. I never intend to adjust myself to religious bigotry.”

An eclectic guy who likes to observe the world around him and comment about those observations.
View all posts by swabby429 →
This entry was posted in Uncategorized and tagged art, creative maladjustment, creativity, Martin Luther King Junior, Masahiro Kikuno, problem solving, watchmaking. Bookmark the permalink.