The corporate marketing slogan for the Nike Corporation is arguably one of the most successful in business history. They took a short motivational sentence and caused the public to automatically think about their products whenever we see or hear it. Although I do not purchase any of their products, their sneakers come to mind whenever I notice the sentence. 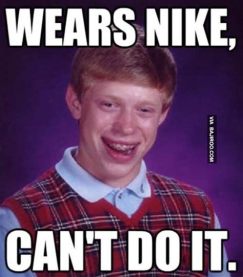 There is a very frustrating downside to the Nike slogan. It’s very difficult to dissociate it with the corporate message if you’re Googling for actual motivational articles. The meme is simply that socially strong.

I was well into adulthood when the slogan was first launched by Nike’s advertising agency. As a youth, whenever I heard, “Just do it”, it was simply an order from a parent or a teacher. People my age and older didn’t then associate it with athletic merchandise.

In fact, the Nike slogan was integrated into the company’s advertising on July 1, 1988. Ad agency executive Dan Wieden’s inspiration for the slogan is sinister. The slogan was adapted from the last words of convicted murderer Gary Gilmore when he was executed, “Let’s do it.”

Gary Gilmore gained international notoriety when he became the first person in nearly a decade to be executed in the U.S. The execution itself was noteworthy because Gilmore was shot by a firing squad in Utah. Those of us who remember the hoopla surrounding the Gilmore case might recall the controversial tee -shirts with large red bull’s eye targets printed on them.

Sneaker slogans inspired by capital punishment aside, we have the simple imperative sentence, “Just do it.” I like to use it whenever I feel procrastination settling in. Earlier this month I noticed that the roof gutters badly needed cleaning. There were a couple of reasons I had put it off: hot summer temperatures and I did not own a suitable ladder. 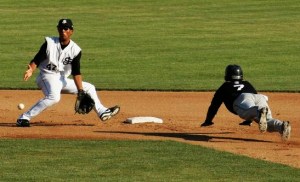 When I noticed tree sprouts growing in the gutters, I finally bought a replacement ladder and said to myself, “Just do it.” I finished the job that very afternoon. Now there is the joy of having clean gutters on the house.

Lucille Ball once said, “Love yourself first and everything else falls into 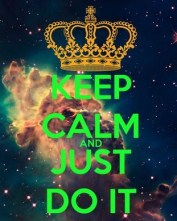 line. You really have to love yourself to get anything done in this world.” This pithy advice falls in line with the popular self-help statement that says in order to love others you need to first love yourself. Lucy’s statement is just more specific.

When you feel good about yourself, you’re also more prone to taking charge of situations and following through with responsibilities. People with lower self-esteem tend to procrastinate.

Even though I didn’t set out to make this post one about motivation, it metamorphosed into one. So here’s a simple statement from bodybuilder Charles Atlas: “Step by step and the thing is done.”

An eclectic guy who likes to observe the world around him and comment about those observations.
View all posts by swabby429 →
This entry was posted in cultural highlights, Meanderings, projects and tagged doing chores, job performance, Just Do It, Nike Athletic Products, procrastination. Bookmark the permalink.