A couple of weeks ago a TED Talk came up in my iTunes Player that gave me much pause. Software researcher/developer Doug Roble’s visual lecture, “Digital Humans that Look Just Like Us” presented a revolutionary jump in virtual reality. (Most podcast players should have a link to it, or you can find it at ted.com.)

Basically, when this technology is implemented we will find it difficult to differentiate between real people and fake people. This new type of virtual reality is supposedly being developed for the entertainment 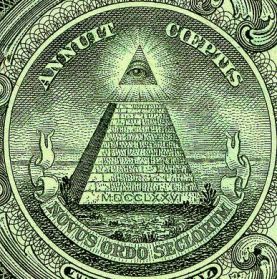 industry. However, like many of humankind’s powerful discoveries and inventions, there is a very dangerous side. When this is unleashed into the everyday world, we will be hard-pressed to tell the difference between truth and fiction. This is another Pandora’s Box for civilization to possess.

Certainly, ultra-realistic virtual reality technology will be a boon for advertising and education. It will also become an integral tool for political and mass-movement propagandists. In doing so, it will be difficult or impossible to tell the real thing from illusion. The implications for civilization as a whole are ominous.

Ever since viewing Doug Roble’s TED Talk, I’ve been pondering and contemplating not only the soon to be common manufactured illusions, but some illusions we already take for granted.

If we take some time to think about the backdrop to our lives, traditional society, we have been conditioned to accept it at face value. Taking it for granted allows us to continue our attachments to stuff, beliefs, and illusions. In a sense, society is a precursor to virtual reality and tradition is its software. The virtual reality of society is a program humankind has yet to master. We still fervently believe traditional society equals reality.

“We were talking about the space between us all
And the people who hide themselves behind a wall of illusion
Never glimpse the truth, then it’s far too late, when they pass
away….”–George Harrison 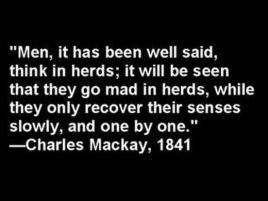 George Harrison’s song “Within You Without You” was presented as the wake-up call in the Beatles’ record album of illusion, “Sgt. Pepper’s Lonely Hearts Club Band”. Harrison eloquently reminds us that the nature of our existence is illusory. The song incubated in his mind after learning formal meditation in 1966. Whenever the song is played, I am reminded that we’re greatly attached to our illusions and we’re mindlessly lost in them.

The first tool of virtual reality was and still is the word. When homo sapiens invented language, our species became capable of communicating descriptions of real events and of abstractions. When cave drawings and pictographs were developed, it became possible to preserve words and abstractions.

The virtual reality tool of language became the root of civilization. Since then, art and literature became ever more refined so as to blur the line between real and unreal. Words, pictures, stories, etcetera are magical illusions. You might say that what we see is not what we really see. This is a deeply unsettling truth for most of us. When we catch a glimpse of it, we retreat back into our preferred illusion due to the fear of ambiguity. In other words, reality creeps us out.

Every single thing we learn is an ingredient of our illusions. Perhaps our greatest task is that of sorting out the unreal from the real. What we understand as ourself, our ego, is a greatly influential illusion. One of the keys to discovering reality is the understanding of the illusion of 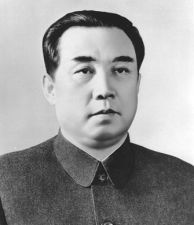 oneself. When you look at yourself in a mirror, who do you see? Do you see what you have conditioned yourself to believe is you, or do you simply see a reverse image of your physical body?

We have many tools to enable the illusions that cloud our lives. The addition of the new virtual reality technology presents another sophisticated tool to further fool our minds. With this tool, we have been presented another complex set of illusions.

The Blue Jay of Happiness likes a quote from Stanley Kubrick. “If you can talk brilliantly about a problem, it can create the consoling illusion that it has been mastered.”

An eclectic guy who likes to observe the world around him and comment about those observations.
View all posts by swabby429 →
This entry was posted in Contemplation, Controversy, cultural highlights, Entertainment, Meanderings, philosophy and tagged delusion, illusion, propaganda, TED Talks, virtual reality. Bookmark the permalink.