“What about your ruling star?” Without preamble, my young friend Jonathan asked this out of the blue. 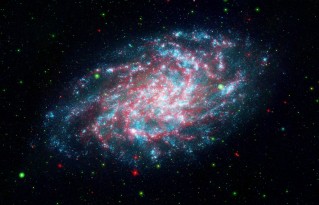 I wondered if he meant one of the stars in the evening sky, or was he curious about the ruling astronomical body in my astrology chart or something else.

Jonathan replied that he wanted a different answer, but since I brought up the subject of astrology, what is your ruling planet?

I reminded him that I’m a Leo and that sign is ruled by the Sun. So I suppose my ruling star would be the Sun. 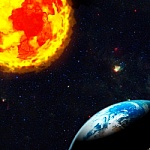 My pal quickly replied, “Yeah, yeah, I guess I knew that already. I’m not sure exactly what a ruling star is. Just pull something out of the hat. What did you think I meant?”

“Well, my very first thought was the Sun, then astrology, then I wondered if you meant some sort of celebrity or authority figure.”

Jonathan replied that those things weren’t exactly what he was after, but pressed me about authority figures and famous people.

I reminded him that I’m a fairly independent thinker and don’t put much weight into authority figures like politicians or clerics. I had done so in the past, yet they always came up lacking something important. Even among those who seemed admirable, it seemed like there was always something sinister about them.

Jonathan asked, “What do you mean by something sinister?”

“Over all, I question why they want to be rich and famous or why they want political power. Chasing after those things isn’t the most rewarding way to live life. In my experience, wishing for fame, money, and power leads to the necessity to compromise their better nature. I don’t think I’d want a politician or a mover and shaker for a best friend–especially these days where it seems like every authority figure is grossly abusing their authority.”

Jonathan replied, “I think you’re getting close to what’s bugging me. For a long time I’ve asked myself how the world can be good if money and power are what motivates us. There seems to be too much emphasis on self-interest these days.” 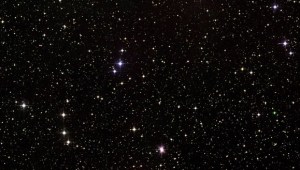 “Jonathan, I think we’re on the same page. We might be zeroing in on that elusive ruling star.”

He quickly added, “Yeah, there sure is a lot of throwing minorities and helpless people under the bus these days. And what’s with so much hoarding? Why do we think this is so good?”

“I think it’s the shiny object syndrome. We like flashy things and flashy people these days. We’re all selfish to some degree, so maybe loud, flashy people somehow validate our weaknesses.”

Jonathan interjected, “I think I see why you don’t put much weight behind powerful people.”

I added, “I remember being around your age when it dawned on me that authority figures are just people. Their inner lives are just as messed up as everybody else’s–probably more so. Many of them are quite arrogant. It’s the arrogance that’s the red flag. I’ve had plenty of experience dealing with bullies and I can spot them a mile away.”

My friend remarked, “The world is brimming full of bullies. But to get back to my original question, ‘What is your ruling star?'”

“I think it is ethics. I know I’m far from perfect, but whenever I have to do or say something, it comes out better when its done ethically and fairly.”

Jonathan said, “I agree. I figured that out the hard way.”

“Same here, but there are a couple of other ruling stars because it’s smart not to limit yourself to just one. I have to know my talents–what am I good at? There is also that very mysterious ruling star–luck.”

“I hear what you’re saying. I do better in certain things like basketball and selling. I was a pretty good rebounder on my high school team. I just didn’t use my head in other ways.”

I reminded Jonathan that I’m still not good at always using my head in day to day life. I still need reminders. Humble Pie is an acquired taste.”

My friend’s phone rang. It was his boss, asking Jonathan to come to work right away because a co-worker had called in sick.

“Jay, I guess we’ll have to continue our conversation later.”

The Blue Jay of Happiness quotes musical composer/conductor Gustav Mahler. “The point is not to take the world’s opinion as a guiding star but to go one’s way in life and working unerringly, neither depressed by failure nor seduced by applause.”

An eclectic guy who likes to observe the world around him and comment about those observations.
View all posts by swabby429 →
This entry was posted in Friendship, philosophy, Politics, religion and tagged authority figures, celebrities, greed, guiding ethics, lust for power, morality. Bookmark the permalink.