Weirdness and ambiguity have always seemed attractive to me. Cookie cutter conformity and the status quo seem bland and sad. Once I deliberately tried to live what seems to be the lifestyle of a mainstream, Midwestern American male. This experience felt weird as I lived it. After I became bored with the experiment, I reverted back to just being myself.

In my dealings with people throughout the years, I’ve discovered that nearly everyone has at least one quirky quality. Some have a few and a 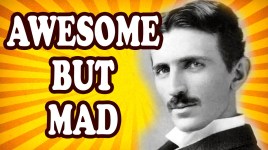 few have a multitude of odd behaviors. Like most things about humanity, there is a wide spectrum of weirdness. It seems like the most common forms of weirdness are accepted as social norms. Humans think about and do some very bizarre stuff.

For instance, I know Edward as just a passing acquaintance. Outwardly, he looks like an average older man. He’s a slender, somewhat cheerful guy with thinning hair. He usually wears standard twill khakis paired with a polo or conservative button-down shirt. He drives an unremarkable, old Oldsmobile sedan. He self-identifies as an heterosexual, Presbyterian Republican.

Once you are introduced to Edward, you discover he has an obsession with western cowboy novels–particularly the ones penned by Louis L’amour. That’s all Edward wants to talk about. Regardless of the time 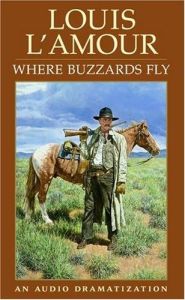 of day, the weather conditions, the most controversial news events, Edward does his best to steer the conversation back to Louis L’amour. According to Edward, he owns at least one copy of every single Louis L’amour book ever written. He has video cassettes and DVDs of every Louis L’amour inspired movie and television episode ever made. He’s on a constant search for vintage audio cassette and CD  audiobook narrations of Louis L’amour’s works. I cannot remember any personal interaction with Edward that didn’t include even a casual mention of Louis L’amour.

Basically, Edward is a kind-hearted guy who has a harmless obsession with cowboy fiction. I’ve known other folks with peculiarities that are equally pronounced. One of my old room mates comes to mind. Paul was a true, kind-hearted, vastly misunderstood eccentric. He likes to listen to Mozart or old country music in equal measure. I remember Paul chain smoking while eating seafood out of the can while listening to Mozart’s “Missa Solemnis” on more than one occasion. He’d also been known to bicycle out to a fishing hole while puffing away on cigarettes.

Paul’s biggest obsession was with American passenger railroad trains of the 1950s and early 1960s. He loved to “talk trains”. He could recite statistics about passenger car manufacturing companies, his opinions about various locomotive makes, rail routes, and so forth. He described his experiences about riding the cross-country routes of the major 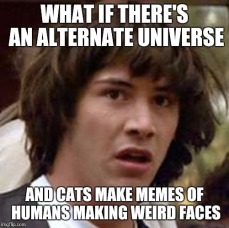 railways. The “cherry on top” of his collection of quirks was Paul’s love of puns. I’ve lost track of Paul, but I’d love to catch up with his life and find out how he is.

We are known by the company we keep so I’m sure my family and friends are keeping lists about my weirdness, too. Society is a complicated, insane, beautifully ugly mess of oddities. Sometimes I feel like just one oddball cog in this peculiar world.

The Blue Jay of Happiness quotes writer, artist, and film maker, Shaun Tan. “You discover how confounding the world is when you try to draw it. You look at a car, and you try to see its car-ness, and you’re like an immigrant to your own world. You don’t have to travel to encounter weirdness. You wake up to it.”

An eclectic guy who likes to observe the world around him and comment about those observations.
View all posts by swabby429 →
This entry was posted in cultural highlights, Friendship and tagged eccentric people, individuality. Louis L'amour, non-conformity, oddballs, railroads, weirdness. Bookmark the permalink.

2 Responses to So Weird