Aesthetics, the arts, luxury, and philosophy have no survival value, however these things give value to survival. My friend Chuck once said something to that effect. That point of view has come to mind from time to time in quiet moments when I’m alone with my thoughts. 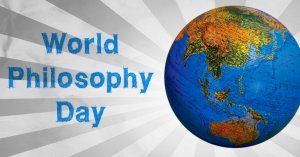 Some of our richest moments reveal themselves when we’re out in nature or at ease in peaceful settings. Contemplation, reflection, observation, the insight of formal meditation, creativity, imagination, and the honesty to inquire about one’s personal beliefs can come together in the process of evolving one’s personal philosophy.

One summer evening a dozen or so years ago, Eric, a coworker-friend, and I spent a few hours of quality time in his garage. There was a broken, old sofa facing the garage door waiting to be discarded. A 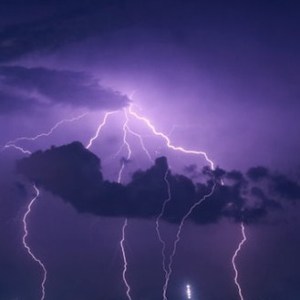 moderately strong thunderstorm was in progress, so my friend opened the overhead door and invited me to sit on the sofa.

Eric is one of those friends who doesn’t feel uncomfortable about long pauses in conversation. His comfort about wordless togetherness enabled my own similar preference for quiet philosophical communion. We felt integrated with one another, with the Earth, and with the Universe as we wordlessly observed violent flashes of lightning and listened to the resulting crashes of thunder. Torrents of rain gushed from the clouds occasionally peppering the concrete driveway with very small hailstones.

From time to time either Eric or I would say something about our experiences or voice a general observation about the business of living. Both of us seemed to be at an optimal mental state that overflowed into profound interpersonal communication and discussion. There was present, something akin to mutual modesty or humility. We did not espouse nor try to convince each other to believe or disbelieve opinions.

The night felt spiritual without the constraints of any particular belief systems. Our words to each other were mindfully exchanged between long pauses. The pauses allowed us to digest what was said and simultaneously to enjoy the fury of the thunderstorm. One could say that both of us were perceptive listeners and talkers. Patience, modesty, and curiosity had rendezvoused in that garage that night. Eric said that he felt that we had had not only quality time together, but some wisdom time together. As I reflect upon that stormy evening, I think he was right.

“The philosophy of the wisest man that ever existed, is mainly derived from the act of introspection.”–William Godwin 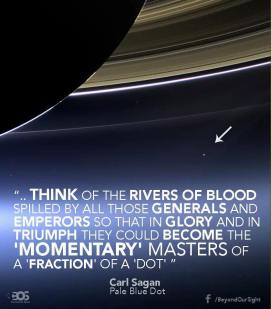 In this day and age of stern proselytizing and entrenched beliefs, it is refreshing to walk away from the distraction of dispute. It is interactions like the one with Eric that I crave. Those are very rare, so mindful introspection and meditation have become my default modes. Perhaps, one day, I can approach the wisdom revealed by William Godwin’s observation as I fumble my way through life.

There is a quotation on a framed photographic poster depicting the Himalayan Mountains hanging in my hallway. “There is no need for temples, no need for complicated philosophies. My brain and my heart are my temples; my philosophy is kindness.”–His Holiness the 14th Dalai Lama, Tenzin Gyatso.

In this time of global turmoil and conflicting beliefs perhaps the contemplation and practice of kindness is the philosophy we can discover. World Philosophy Day is just one good time to ponder this notion.

The Blue Jay of Happiness quotes Galileo Galilei. “Philosophy is written in this grand book, the Universe, which stands continually open to our gaze. But the book cannot be understood unless one first learns to comprehend the language and read the letters in which it is composed.”

An eclectic guy who likes to observe the world around him and comment about those observations.
View all posts by swabby429 →
This entry was posted in Contemplation, Friendship, Hometown, philosophy and tagged meditation, philosophical conversations, philosophical musings. Bookmark the permalink.