I see Eduardo downtown nearly every day. English is not his second language, nor is Spanish my second language. We always greet each other with simple phrases. He usually begins our brief interactions by saying, “Good Morning”. I return his politeness with a simple, “Buenos 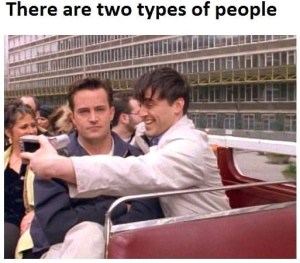 días”. He usually chuckles and replies with, “Cómo estás”. I normally say the usual, “Bien, ¿y tú?” Sometimes, I’m with my friend, Jonathan, who speaks Spanish better than me. He acts as a rudimentary translator.

Last week, Jonathan and I greeted Eduardo. The weather was rather nippy so Eduardo was bundled up in a dark blue parka and wore a knit scarf around his neck. I wanted to know how and why he shows up every morning regardless of the weather. Jonathan asked him in Spanish.  Then Eduardo smiled at me and said, “¡Entusiasmo!” and chuckled. I

immediately understood the reply without needing a translation.

I should add that Eduardo is an elderly gentleman who stands approximately five-and-a-half feet tall. He’s not at all frail, and looks younger than his 80-plus years. Although his English skills are less than rudimentary, his body language and facial expressions communicate enthusiasm.

My Mexican acquaintance has carried the spirit of youthfulness well into old age. He appears to honestly enjoy life and obtains pleasure from the most simple things. His attitude about life plays a huge part in his day to day life. His joyful entusiasmo is contagious to everyone he meets.

“You will do foolish things, but do them with enthusiasm.”–mime, actress, and journalist, Sidonie Gabrielle Colette 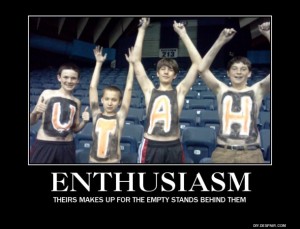 We innately know that if we have passion for something or someone, that there is no need to manufacture false enthusiasm or to “fake it ’til you make it”. If we have primal enthusiasm, negativity and excuses for non-action are irrelevant. Entusiasmo or enthusiasm wins the day.

To know Eduardo, even slightly, is to be inspired. He may have grown old in years, but he is certainly young at heart. His spirit has not withered away. He is proof that entusiasmo is the not so secret elixir of youth. Eduardo’s enthusiasm and humility make him pleasant to be around. His entusiasmo, certainly bridges the language gap.

The Blue Jay of Happiness quotes the filmmaker, painter, musician, actor, and photographer, David Lynch. “Meditation is to dive all the way within, beyond thought, to the source of thought and pure consciousness. It enlarges the container, every time you transcend. When you come out, you come out refreshed, filled with energy and enthusiasm for life.”

An eclectic guy who likes to observe the world around him and comment about those observations.
View all posts by swabby429 →
This entry was posted in Friendship, Hometown, Meanderings, philosophy and tagged cheerfulness, enthusiasm, happiness, positive attitude. Bookmark the permalink.