Our way of learning about dangers is often described as a child touching a hot stove. The toddler learns to avoid doing that again. I distinctly remember a moment like that happening when I was five-years-old. I was checking out the lamp near the family’s teevee set. There was no 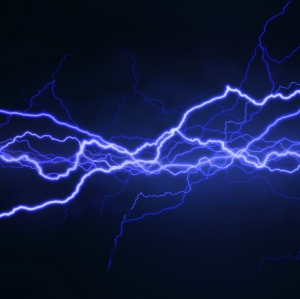 light bulb in the fixture. Out of curiosity, I touched the inside of the socket and instantly received a jolt that knocked me backwards.

Fortunately, I was not injured, but I learned that it’s not smart to put my fingers into a light socket if the lamp is plugged into the wall. I also found out that curiosity sometimes leads to an incredibly thrilling sensation.

We might imagine the desire that thrill-seekers wish to experience when they deliberately tempt fate by racing their cars or climbing mountains. These days, my thrill seeking is more sedate. I get a rush when listening to exciting music. A really well-played crescendo sends tingles up and down my spine. The sensation closely resembles the electrical shock I had as a young boy.

The adjective, electrifying, comes to mind when I think about a stunning experience of any sort. Perhaps this positive word pops into my head because I was not traumatized by the electrical incident. The emotion of fascination was stronger than any fear that was present at the time it happened.

Like many teens, I had an obsession with fast cars. My first car was a red 1967 Camaro. I was lucky. I was never pulled over for speeding. However, I had one electrifying brush with danger by nearly losing control of the car on a dark, unmarked highway under construction. It was by sheer luck that the only damage the car received was a bent driveshaft. I learned my lesson and rarely exceeded the speed limit after that night. Just reminiscing about the near wreck makes me shiver. That’s probably as close to being traumatized as I can recall. 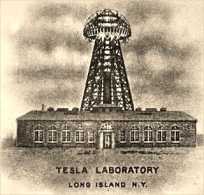 “I do not think there is any thrill that can go through the human heart like that felt by the inventor as he sees some creation of the brain unfolding to success. Such emotions make a man forget food, sleep, friends, love, everything.”–Nikola Tesla

Those of us who love to tinker with things or engage in some type of creative outlet can relate to Tesla’s quote. When we fully engage in a project or activity, we can achieve a Zen-like state. When we become aware of this happening, we might feel an electrifying sensation wash over us.

This feeling can be extended in much the same way as a surfer rides through the curl of a tall ocean wave. While concentrating on the task at hand, his emotional reaction stretches to an extended peak. Skilled athletes, performers, artists and so forth frequently experience this state of mind. This one-ness is a reason they continue to hone their skills. After all, the better one’s expertise, the bigger the thrill.

One of the secrets of life is learning how to harness our desire for electrifying experiences. We learn not to stick our fingers into energized lamp sockets, carelessly drive cars, or take drugs. Instead, we engage in creative activities, perform in cultural activities, do useful, satisfying work, or enjoy the fruits of people who do these things.

We are creatures who yearn for thrilling, peak experiences. Why not constructively tap into that desire in order to enable better living?

The Blue Jay of Happiness quotes 19th century Free Thought orator and writer, Robert Green Ingersoll. “If the guardians of society, the protectors of ‘young persons’ could have had their way, we should have known nothing of Byron or Shelley. The voices that thrill the world would now be silent.”

An eclectic guy who likes to observe the world around him and comment about those observations.
View all posts by swabby429 →
This entry was posted in Contemplation, Hometown, philosophy, Science, sports, Youth and tagged danger, excitement, peak experiences, thrill-seeking, Zen moments. Bookmark the permalink.