“I found one day in school a boy of medium size ill-treating a smaller boy. I expostulated, but he replied: ‘The bigs hit me, so I hit the babies; that’s fair.’ In these words he epitomized the history of the human race.”–Bertrand Russell

The topic of bullying is one that is very near and dear to my heart. I was subjected to it on a nearly daily basis during the school years. Each day was an obstacle course of avoiding the schoolyard toughs and bullies. Even some of the teachers seemed to delight in bullying.

I used to fantasize about pounding Ronald, the meanest boy in my class. He was the ringleader of about a dozen kids in the neighborhood. Ronald was the chief antagonist of the junior high chapter in my life story. Not only did his confederates taunt me in school, Ronald was a threatening presence near home because his family lived a few blocks nearby. I understood that his family was severely messed-up, but that was not a sufficient excuse for his bullying ways. I knew this was true, because his youngest brother and sisters were kindhearted kids.

Thankfully, I suffered far less bullying in high school because Ronald was sent to a parochial high school and I attended a public high school. I was better able to cope with the lesser degree of taunting in the new school because there were more kids like me; and we formed an informal alliance. A side benefit of having to worry less about bullying was that the grades on my report card greatly improved.

“Respect people’s feelings. Even if it doesn’t mean anything to you, it could mean everything to them.”–anonymous

School related bullying disappeared when I began attending classes at college. My colleagues were from diverse backgrounds and seemed, overall, much more mature than high schoolers.

“The common mistake that bullies make is assuming that because someone is nice that he or she is weak. Those traits have nothing to do with each other. In fact, it takes considerable strength and character to be a good person.” staff writer for Salon, Mary Elizabeth Williams

As I sometimes reminisce about those school days, I wonder how different my life might have been without the bullying. It’s an alternate history that continues to haunt me. It’s as if I was cheated out of an important part of my youth. Furthermore, there have been and continue 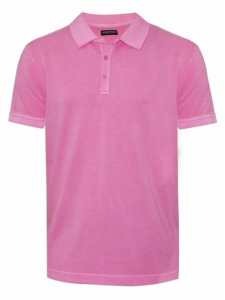 to be millions of people affected by bullying. Many of these victims have gone through much more serious taunting and violence than I ever endured.

So yes, I will continue to speak out about bullying for the rest of my life. I have no respect for anybody who believes that putting other people down is a good way to make themselves superior. That applies to anyone who bullies, regardless of rank or station in life.

Today, I’m proudly wearing my pink polo shirt as a symbol that I am an ally of anyone who has suffered bullying. It is also a signal to any bullies I may encounter today. If you feel the same way about bullying, remember to wear a pink shirt, too.

The Blue Jay of Happiness quotes the boxer Rocky Marciano. “{Sonny} Liston is like most big bullies, if you can stay away and make him miss for a few rounds he’ll get frustrated. Once you strip away that feeling of invincibility, he can be had.”

An eclectic guy who likes to observe the world around him and comment about those observations.
View all posts by swabby429 →
This entry was posted in cultural highlights, Health, Youth and tagged bullies, bullying, bullying victims, mental health. Bookmark the permalink.