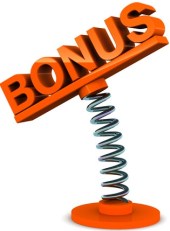 I understand that today is an intellectual, cultural construct, but I still feel like today is a bonus day. That gives this year a grand total of 366 days. Not only is today an extra, we have the added bonus of leap day falling on a Saturday. Glory! 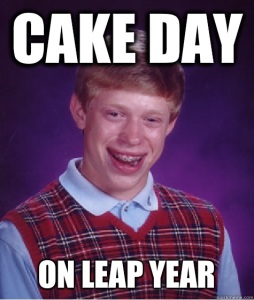 Did you know that the famous opera composer, Gioachino Rossini was born on February 29, 1792? What about the famous entertainer, Dinah Shore? She was a leap day baby in 1916. The motivational speaker, Tony Robbins was born on this day in 1960. Maybe this is one reason why he feels special.

Who doesn’t like a bonus? Some people work for companies that award bonus pay for bonus work. Some employees enjoy receiving a year-end bonus. When my favorite snack is packaged with bonus ounces of contents for the same price as the regular amount, I get warm fuzzies. I bought a bottle of store-brand laundry detergent last week containing extra product for bonus laundry loads.

“The good part about being a pessimist is, when something bad happens, you’re never really devastated by it. And when something good happens, it’s such a bonus.”–founding member of the band, Goo Goo Dolls, John Rzeznik

I don’t fully agree with Rzeznik, but I see his point. He’s probably feeling quite happy right now because this month, his band’s 1998 love ballad, “Iris” has racked up over a million downloads and Compact Disc sales. 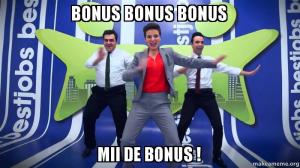 The song’s history is one of a series of bonuses. When “Iris” was re-released in 1999 it entered the Top 40 for a week. It regained popularity in 2011 when a finalist on “The X Factor” sang it. The tune hit number three on the Top Ten charts. Its last appearance on the UK charts was in 2015. Overseas, “Iris” is downloaded about 150 times per week; it’s streamed about 400,000 times each week; and the video plays an average 95,000 times each week. “Iris” is a song that keeps on paying.

It’s common wisdom that each day that we wake up is reason to be grateful. I’ve reached the age when I fully realize each additional day is amazing. Every day can seem like a bonus day. I hope you enjoy your leap day, today.

The Blue Jay of Happiness quotes talk show host Stephen Colbert. “In the media age, everybody was famous for 15 minutes. In the Wikipedia age, everybody can be an expert in five minutes. Special bonus: You can edit your own entry to make yourself seem even smarter.”

An eclectic guy who likes to observe the world around him and comment about those observations.
View all posts by swabby429 →
This entry was posted in cultural highlights, Meanderings and tagged bonuses, extras, leap day, Leap Year. Bookmark the permalink.