Blogging can be a type of therapy for some of us. The act of putting our thoughts and observations into some sort of coherent communication is one way we somehow manage to express ourselves and escape the sheer madness of the world around us. In my quieter moments, I wonder how 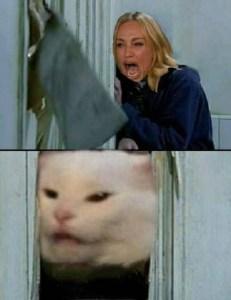 people who do not have creative outlets like music, painting, tinkering around, and so forth can cope. Do people without positive, creative past times stew in their ennui, fear, and panic?

These questions came to mind last summer when a friend lost her florist job at a local grocery store. She had lost the source of income that supported her small son and herself. Amanda suffered a series of panic attacks that, in turn, revealed a way to diminish their severity and frequency. She began arranging flowers as a way to defuse her nervous energy and focus it on something positive. Amanda’s new-found calm and confidence enabled her to be at her best for a job interview. She now works as an assistant manager at one of our town’s hardware stores.

Amanda said that when she lost her florist job she felt like she was hit by a tsunami of frightening scenarios and crippling fear. Her emotions welled up and were fueled by over-thinking. On top of her fears, she could not afford to consult a therapist. In a calm moment, she had the epiphany that said she needed to take up flower arranging as a way to short-circuit her “intense negative energy”. With her mind cleared of fear, Amanda was able to piece together a plan to find a new job.

Much has been studied and written about fear, anxiety, and panic in the mental health field. I am not qualified to provide advice nor diagnose 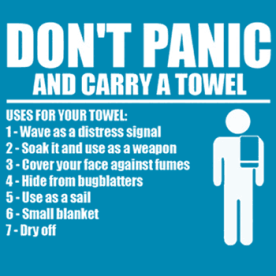 mental health conditions. I can only share my personal observations and opinions about such matters. If  you or someone close to you suffers chronic anxiety and/or panic attacks, consulting a mental health provider is very important.

“I’ve never told anyone this. But I suffer from terrible stage fright. True. You can’t tell though, can you? Unbelievable, the panic. I nearly die of fear before I go on stage. Something wicked. I can’t eat a thing the day before a gig. It’d make me vomit.”–John Lydon aka Johnny Rotton from the “Sex Pistols”

I can somewhat relate to Johnny Rotton’s scenario. Even though I feel completely calm, composed, and relaxed behind the mic in a radio studio, personal, public appearances rattled me to no end. The bigger the audience, the more intense the anxiety. For instance, DJ-ing at a nightclub was mildly fear inducing. Meantime, being master of ceremonies at an auditorium event was nearly crippling. The day before such events, I had such intense anxiety that it seemed like it might erupt into panic.

On the days of actual emceeing, I feared having a full-blown panic attack and freezing up in front of hundreds of people. All I could do was to take deep breaths, swallow my anxiety and focus on following through. I visualized myself completing the job and hearing the applause of the audience. I never did have a panic attack on stage. I took the vast reserve of fear and focused it on my performance. I pictured myself as a turbo-charged race-car. As I walked on stage, I visualized the turbo -charger kicking in to optimize the engine dynamics. After “seeing” the turbo-charger, I entered a Zen-like state and enjoyed interacting with the massive audience. After each large public appearance, I had to cool down by rapidly pacing back and forth backstage.

The takeaway from emceeing public events is that if I panicked in such instances, I would be no good. Regardless of the circumstance, I had to soldier through it and find some way to be poised while doing so. Like self-help author Susan Jeffers wrote, “Feel the Fear…and Do It Anyway.”

The Blue Jay of Happiness likes this absurd quote from “The French Chef”, Julia Child: “Someone may offer you a freshly caught, whole large fish, like a salmon or striped bass. Don’t panic–take it!”

An eclectic guy who likes to observe the world around him and comment about those observations.
View all posts by swabby429 →
This entry was posted in Health, Hobbies, Hometown and tagged anxiety, calm, confidence, fear, focus, panic. Bookmark the permalink.