It’s hard to believe that we’re nearly half through June and I haven’t done my annual LGBT+ Pride Month post. I probably placed it on the back burner because I won’t be attending Pride events in San Francisco this year. This is because the parade and other events have been shelved due to the pandemic.

Last autumn, I began planning the trip back to The City, making hotel reservations, mapping out an itinerary, and giving heads ups to my pals who live in San Francisco about my intents. I haven’t returned to my 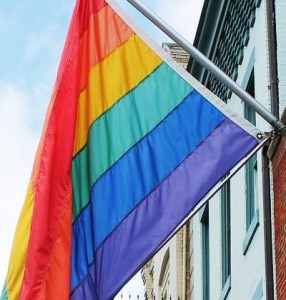 “spiritual home town” in many years, so this particular Pride visit was something special. To say I’m very disappointed would be an understatement.

The cancellation is the first time the celebration has not taken place since its inception in 1970. Because this would have been the event’s fiftieth anniversary, the cancellation is particularly poignant. The event and the place it takes place are loaded to the gills with history and deep affection by the LGBT community. The famous rainbow flag was designed by Gilbert Baker for 1978 Pride, its beauty and simplicity enabled the flag’s adoption worldwide. The rainbow flag has become a universal symbol of our global community. 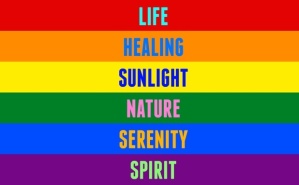 The numbers of participants and attendance at Pride has multiplied from a mere 30 gays, lesbians and “hair fairies” in 1970. Recent Pride totals are more than 1,000,000 people. A spokesman says that this year’s parade and celebration will take place if and when social distancing and San Francisco’s shelter-in-place order ends.

Meanwhile, all is not lost. This year, the community will celebrate virtual “Global Pride 2020” on the Web. Plans are for 24-hours of artistic performances, music, speeches, and more. This will happen on Saturday June 27th. For the latest information about where the live-streaming can be viewed, go to http://www.globalpride2020.org for details. They have a short form to fill out if you want email updates.

Meantime, instead of flying to San Francisco, I plan on binge watching video clips of past parades on YouTube. I’ll don one of my rainbow-themed shirts, and the wristwatch with its rainbow striped nylon strap and enjoy a personal shelter-in-place Pride.

The Blue Jay of Happiness likes this snippet from Tennessee Williams play “A Streetcar Named Desire”. “What is straight? A line can be straight, or a street, but the human heart, oh, no, it’s curved like a road through mountains.”

An eclectic guy who likes to observe the world around him and comment about those observations.
View all posts by swabby429 →
This entry was posted in cultural highlights, Entertainment, Travel and tagged celebrating Pride, LGBT community, LGBT Pride Month. Bookmark the permalink.