The sky was overcast with thin, almost white stratus clouds. This helped to create a bland weather condition. It was not cheerful nor gloomy. It just made the day seem blah. It provided a setting for Max’s funeral that he would have appreciated. Max was a casual friend who was more than an acquaintance. Max and I used to talk about baseball and life in general.

Max and his family immigrated to America from Denmark just as Adolf Hitler was rising to power. Max was a child of eight when his parents saw the handwriting on the wall. They knew that Europe would not be a healthy environment to raise Max and his younger sister. The family 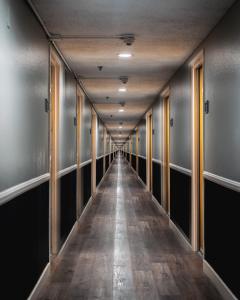 settled in southern Minnesota because that’s what a lot of people of Scandinavian descent had done in the past.

In 1954,  the family moved to Lincoln, Nebraska because of higher paying job opportunities for both parents. After Max completed his education degree at the University of Nebraska, he was hired by the Norfolk Public School system to teach high school level social studies. I later met Max shortly after his retirement. He had started daily workouts at the YMCA where I had been a member for several years. We had compatible, off-beat personalities so we made good gym buddies.

Max moved back to Lincoln a few years ago to help care for his sister who suffered advanced Multiple Sclerosis. Her husband had passed away the year before and her daughter had moved to Minneapolis to teach fifth grade public school pupils. Thankfully, Max and I kept in touch the whole time. He died unexpectedly after suffering a stroke.

His family requested that Max’s funeral should take place on the Internet because of the Corona virus. The funeral director arranged a “Zoom” conference to compliment the small, family-only ceremony at the funeral home. This provided the opportunity for me to meet Max’s sibling, her daughter, and the grandchildren.

The officiant’s eulogy spoke about Max in the context of continuity. She described Max’s life as it began in Denmark and continued in America. His career had helped high school age children enrich and continue their educations. His role as uncle enhanced the continuity of the extended family. The fact that the funeral took place on “Zoom” would have delighted Max because he loved to imagine the future of civilization. The eulogy was a bittersweet salute to the man who loved progress.

Associating with Max was a reminder that older people can actually enjoy full, productive lives. He didn’t want to live in a “retirement community” nor be warehoused in a nursing home. He lived a well-

rounded, mostly happy life. He was willing and eager to adapt to changing circumstances and new ways of understanding life.

Max had seen the march towards fascism and the war to arrest it. He lived through the advancement of technology from the beginnings of the Space Age into the dominance of the Web in daily life. One of his hobbies was to tinker with gadgets and electronic gizmos.  To Max, life was one grand educational experience that never ends.

Max understood that a person can adopt a “strategic direction” and continually improve how to live. These improvements work best when they are consistent with each other. This is pretty much how life, in general, survives. Max said he learned more about philosophy and life from his students than they learned from him. I think he was being modest.

Max was part of an education system that enables continuity in our civilization. He manifested the flow of life in his interactions with people within and outside of the school room. By teaching social studies, Max connected the past with the present and tried to forecast the future. In his dealings with family and friends, he was a positive force. I’d say his life embodied continuity.

An eclectic guy who likes to observe the world around him and comment about those observations.
View all posts by swabby429 →
This entry was posted in Contemplation, cultural highlights, Friendship, Hometown and tagged continuity, education, family, funerals, progress. Bookmark the permalink.