I have just enough residual, socially conditioned superstition to believe that today is a good day to ponder lucklessness. I have this niggling feeling because today is the seventh. The month is the fourth month–four being one of my lucky numbers. Twenty twenty could go either way. Twenty has been unlucky. Two-thousand Twenty has been an unfortunate year, so far. But if we distill 2020 by adding the numbers together and reducing the sum to a single digit, the result is 4–this is the numerology method.

This way of thinking and figuring is highly irrational and questionable to me. Yet there’s that small, nagging voice inside that tells me to take the business of lucky and unlucky days into account. To reiterate, today contains two of my lucky numbers–seven and four. I’ll also cross my fingers before saying anything more.

There’s a popular notion that says we create our own good or bad luck. We can educate ourselves; be perceptive about our surroundings; choose our friends carefully yet trouble and accidents still occur. Sometimes a misstep is a fluke during a “good” day. At other times, we seem to suffer a series of missteps creating a “bad” day. Having an unlucky day is not a choice nor always a lack of preparedness.

On a regular day, you can walk through the forest or eat your favorite casserole and not suffer any unhappy consequences. Through no fault of oneself, a bird can poop on your head or you might suffer the symptoms of food poisoning, both in the same day. Are regular days lucky days and mishap-filled days unlucky days?

One of society’s favorite superstitions claims that Friday the 13th is an unlucky day. Personally, most Friday the 13ths have passed by without unhappy or harmful incidents. I don’t knowingly practice higher degrees of mindfulness on those days, nor am I more careful around traffic or power tools than usual. If we use the numerology method to distill the number 13, the sum is 4. There we go again with my lucky number of four.

When having an unlucky day, sometimes I remember the Fisher family. One of dad’s coworkers at the state headquarters of the Nebraska department of Roads in Lincoln was the father of that family. (I don’t remember the man’s first name.) The Fishers were the most accident-prone people our family knew. Nearly every day, something harmful or inauspicious happened to one or more of the Fisher kids or adults. Bad stuff was attracted to them. This doesn’t make auspicious sense, because there were seven members of the Fisher family–they should have been blessed with abundant good luck.

Mrs. Fisher was once hit by a runaway car while she strolled down a neighborhood sidewalk. Another time her car was rear-ended while she waited at a red light at a busy intersection. Mr. Fisher experienced many close calls on the highway and suffered several severe illnesses. The five children were involved in countless minor and major mishaps. If I didn’t know better, I’d say the Fisher family was cursed, because almost every day was an unlucky day for them. I hope their lives are happier and accident free today.

Regardless of popular superstitious beliefs regarding unlucky days, I do my best to pay attention to them when they unavoidably happen. Even though I may have the best intentions and use caution and care on those days, they still darken my calendar. Unlucky days simply happen. When we experience an unlucky day, we know the truth of it in our bones.

Everything in the Universe is in the process of change. We cannot simply count on having regular, lucky days. Of course, we can make the 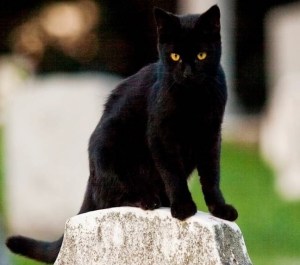 best of unfortunate circumstances by looking on the bright side and trying to learn from mistakes, even when stuff happens that we cannot control.

It’s smart to remember that living things have optimal days and less optimal days. Some days, the world is our oyster. Other days, hopefully much fewer of them, we experience mediocrity or worse, when we want to hide from the world. It’s good to remember to do things on their good days and avoid doing them the rest of the time. In other words, taking a walk on a mild day is auspicious but going on a leisurely stroll during a severe thunderstorm is unwise.

Perhaps we can lessen the severity of unlucky days by recognizing them when they occur and doing the best we can under the circumstances. Exercising damage control is a useful skill to obtain. It’s sort of like being handed a batch of lemons and making lemonade. You’re out of luck if the lemons are old and moldy. Of course we could grow penicillin on the lemons, but I wouldn’t want to try it on an unlucky day.

All things considered, we might have some days with mildly annoying circumstances, those are probably not unlucky days. However, when seriously bad fortune strikes, it’s wise to pay closer attention to our actions.

The Blue Jay of Happiness quotes maxims and memoirs writer François de La Rochefoucauld. “Our actions seem to have their lucky and unlucky stars, to which a great part of that blame and that commendation is due which is given to the actions themselves.”

An eclectic guy who likes to observe the world around him and comment about those observations.
View all posts by swabby429 →
This entry was posted in cultural highlights, Hometown, Meanderings and tagged accident prone, accidents, lucky, misfortune, mistakes, superstition, trouble, unlucky. Bookmark the permalink.