Going One On One

If you listen to the announcers during basketball game broadcasts, you’ve probably heard the term “one on one defense” used frequently throughout the contest.  It’s an apt description of what happens when an individual defensive player guards the opposing 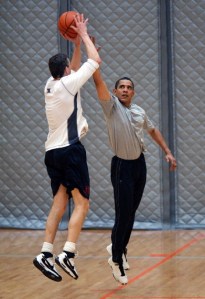 team’s offensive player.  The “one on one” play is a key part of that particular sport because one player’s ability to quickly anticipate and physically move across the court is matched with the other player’s skills.

Of course, one on one is not restricted to the basketball court. It can mean any direct encounter between two individuals.  I always liked the old swashbuckler movies’ depictions of sword fights between villains and heroes.  The “Star Wars” encounters are simply modern versions of the same concept.

One on one is the most basic, primal type of encounter known in the animal kingdom.  One on one happens in disputes over territory, mates, and food. One on one is a fight to the death between predator and prey. 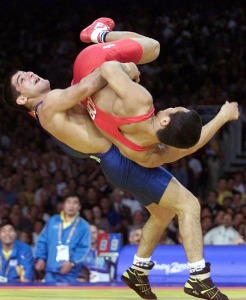 One on one happens among siblings of most creatures, including humans. Death is not the objective, but some sort of dominance is. We can see this happen when we observe litters of puppies, kittens, and children. One on one seems to be instinctive.

We may notice ourselves participating in one on one contests when we play a video game, a field sport, impromtu traffic signal drag races, competition at work, or negotiation with a spouse or lover. The objectives vary, but the encounters usually alter us in some way. 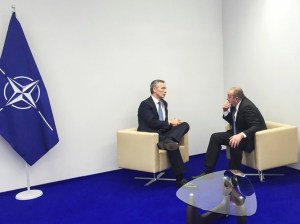 One on one doesn’t only mean encounters between rivals or adversaries. One on one can also mean collaboration between two allies or like-minded individuals. A mentor may give private lessons to a protege.

One on one may refer to two individuals discussing an issue of mutual interest in a private setting. A one on one discussion between two partners may enable better understanding between them in an intimate relationship or in family matters.

It’s interesting to ponder the ways that one on one appears in our daily lives. Thinking about this may alter the way we view different aspects of our lives.

The Blue Jay of Happiness likes this statement. “A man one on one is your equal and is himself, that same man within a group aims to be the king or the clown.”

An eclectic guy who likes to observe the world around him and comment about those observations.
View all posts by swabby429 →
This entry was posted in cultural highlights, Friendship, Meanderings, sports and tagged children, contests, cooperation, games, one on one, rivalry, young animals. Bookmark the permalink.

2 Responses to Going One On One