One of my school chums could never say, “I don’t know”. If one of my friends cornered him on a fabricated answer, he only became more defensive. Gary was actually a pretty intelligent guy. He went on to 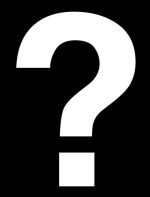 graduate school and became a high school mathematics teacher. There are many classroom teaching situations when an instructor will say, “I don’t know” in order to stimulate student discussion. I wonder if Gary can do that.

I used to weave fictional, anecdotal answers from time to time before I met Gary. His behavior made me see the “know it all” in myself. I found out it actually feels liberating to say “I don’t know.”

In our knowledge based culture, it’s easy to understand why we frequently try to hide our ignorance. We encounter many self-proclaimed experts on many subjects. Social media and YouTube is resplendent with folks willing to dish out psychological advice. Precious few of them have actually earned bona fide degrees in psychology or psychiatry. It’s easy to go down the rabbit hole of pseudo psychology, thus delaying getting benefit from a legitimate, licensed counselor.

It’s easy to hear the voices of our adversaries and say to ourselves, “They don’t know.” In arguments with them, we think the best compromise would consist of convincing our adversaries that they are simply wrong. Of course, in most instances, they are trying to do the same to us. The resulting impasse is inevitable.

A serious drawback of believing or claiming to know a certain aspect or topic is that the person becomes locked in or narrow minded about the view. If the belief is that the person already knows the answer, there is no need to hear any contradictory or additional information. At least, if we answer, “I don’t know” we have a semblance of an open mind.

Common examples of people who already know for sure can be found on current events programs when discussions quickly devolve into chaotic quarrels with the participants yelling at each other. The poor moderator’s efforts to restore order are in vain until the conflict runs completely out of control and the producer cuts to a commercial break. Nobody has the humility to say, “I don’t know”. The chance for the audience to learn about different viewpoints is lost. The experience is frustrating and difficult for everybody concerned.

There are dangers beyond terrible television quarrel-fests. When one cannot admit not knowing, the closed mind and staunch opinions close us off from exploring other points of view and more fully understanding other people.

Perhaps the best benefits of saying, “I don’t know” is that we become more truthful and humble when we say it sincerely.

Ciao
The Blue Jay of Happiness remembers this pithy reminder from former British Prime Minister Benjamin Disraeli: “To be conscious that you are ignorant is a great step to knowledge.”

An eclectic guy who likes to observe the world around him and comment about those observations.
View all posts by swabby429 →
This entry was posted in Controversy, Meanderings, Politics, religion, Science and tagged closed minds, ignorance, knowledge, stubbornness, wisdom. Bookmark the permalink.