“There are billions of people on this little planet of ours–isn’t it miraculous that we haven’t blown ourselves up already?” That’s what my friend Jonathan asked after the radio newscast ended and the station’s music resumed. “I mean there are fascists bothering folks on the streets and rain-forests going up in flames. Will there be a world for my generation when we’re old and grey?” 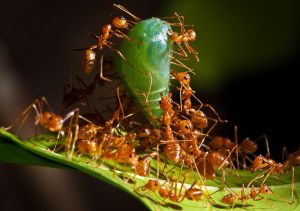 My pal felt truly worried and had a lot to unpack. The high and mighty with the movers and shakers along with the rest of us are not following the old “campground rule”. That is, we’re not leaving the site in the same or better condition as it was when we arrived. In other words, we’re lousy stewards.

I mentioned my own lifelong idealistic frustration that for the most part, leaders and rulers have exploited our primal fears in harmful ways. We have not been guided by positive visions of productively eliminating poverty and misery. So much of what is socially acceptable is not based on positive cooperation. So many people love to live in a “dog eat dog world”. It seems like everybody claims that they’re victims.

Jonathan said that he’s normally an optimistic person but there are so many negative events closing in on us that it’s hard for him to feel like his regular, upbeat self anymore. Then, with his characteristic wry grin, he suggested that the two of us should run for higher office. “I can be the President and you can be the Vice-President.”

“Now just a minute, young man. That doesn’t sound very cooperative of you at all.”  Then we both laughed.

“Competition has been shown to be useful up to a certain point and no further, but cooperation, which is the thing we must strive for today, begins where competition leaves off.”–Franklin D. Roosevelt

F.D.R.’s generation faced major global problems: an economic depression plus the evil threats of tyranny and fascism. Our democratic republic was under siege as a result of these developments. Even though the economic woes were largely dissolved and the war to defeat fascism

had finally drawn to a close, the lack of global cooperation continued. Our selfishness has only shifted our focus and inflamed different problems.

Once again, we find ourselves embroiled in several very serious situations. In many ways, our societies’ procrastination over implementing cooperation and constructive solutions has allowed us to reach several tipping points from manageability to unmanageablility. The status quo of dog eat dog became obsolete long ago.

Just as Jonathan and I have positive visions for the future, we do not have the means to study and develop them on our own. It will require the ingenuity of everyone together, in the tradition of democracy, to forge ahead with workable solutions that are effective for all of us and the world.

Human cooperation is a powerful practice that can destroy us or that can save us from ourselves.

The Blue Jay of Happiness quotes economist and public policy analyst, Joseph Stiglitz. “We share a common planet, and the world has learned the hard way that we have to get along and work together. We have learned, too, that cooperation can benefit all.”

An eclectic guy who likes to observe the world around him and comment about those observations.
View all posts by swabby429 →
This entry was posted in Controversy, Environment, Friendship, philosophy, Politics and tagged competition, cooperation, environmental degradation, fascism, terrorism, war. Bookmark the permalink.